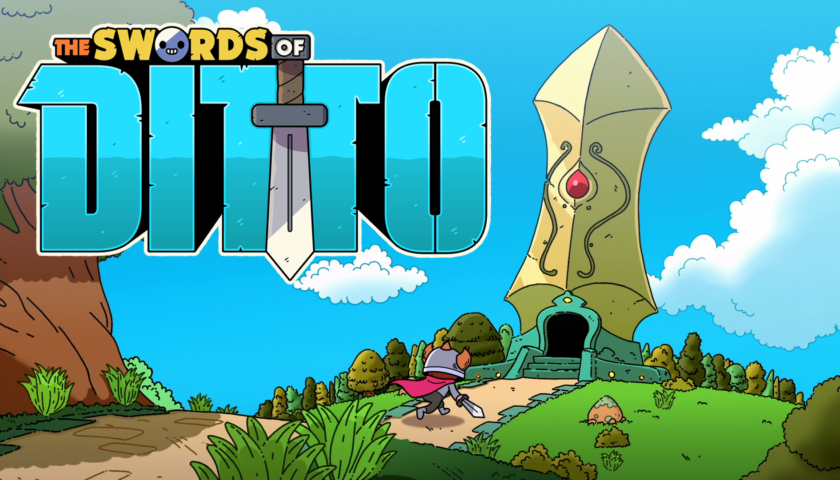 Action-Adventure Swords of Ditto Coming In 2018

Publisher Devolver Digital have announced that action-adventure RPG The Swords of Ditto will be coming to both PlayStation 4 and PC sometime in early 2018. Developed by onebitbeyond, The Swords of Ditto is a top-down hack and slash featuring both RPG and roguelike elements. Each hero will face a unique journey in their fight against the evil Mormo, conquering foes on the overworld and delving into dank dungeons.

Players can also play co-op with friends to fight Mormo together in the hopes of becoming legendary heroes of the Island of Ditto. Both success and failure will have a profound effect on subsequent playthroughs, as defeating Mormo will result in a more pleasant experience while failure speeds up the darkness Mormo is spreading across the land. As shown in the trailer below, players may also find the equipment of fallen heroes or monuments to their previous successes.

For those wanting to see more gameplay, a full debut will take place live on Twitch Tuesday, June 13 at 10:00AM AEST at twitch.tv/twitch. You can also find out more at the official Swords of Ditto website here.