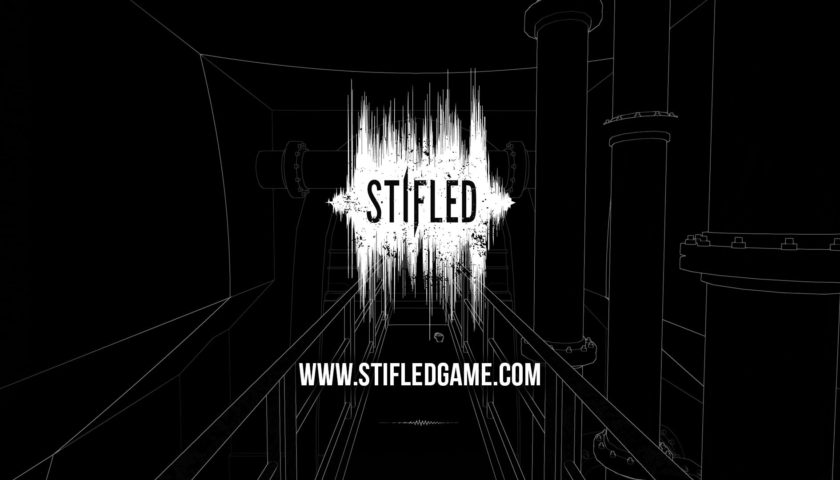 With the introduction of VR into the gaming landscape, horror and thriller games have been given a new lease of life. I have a feeling that gamers were getting used to the tricks and tactics developers used to scare players in the traditional horror games that came out on consoles. But with VR, those tricks are amplified by the fact that the player is fully immersed in the world that the developers have created. So the terror and tension that these games long to create is amplified and intensified. Ramping up the experience. It is for this reason that Stifled does so well and is in my mind one of the premier scares available on modern systems.

The game started off simply, I was wandering around a house, checking things out in VR. But creepiness started to happen. A woman, who I was assuming was my in-game partner, kept appearing on the edges of my awareness. Popping into the corner of my vision but disappearing when I looked in that direction. It made what should have been a fairly benign environment seem creepy and disturbing.  As I wandered around, checking out some strange occurrences (like bacon cooking without supervision and a piano who’s last played notes were fading away without any obvious reason as to why they were struck in the first place) I was gently led to the front door. It was here that things went pear-shaped in a big way. The next thing I knew I was crawling out of a crashed car, the world was no longer in colour, but in black and white and it seemed that my partner was missing.

This is where the core gameplay of Stifled kicks in and it is a wholly unique experience. Sound is both your friend and enemy in this game. As a result of the accident, or perhaps  simply because it was pitch black, I couldn’t see. The only way to navigate was via noise. In game noise creates something of a sonar pulse, revealing the environment. This noise can come from persistent in-game noise, like dripping water, or it can come from the player, ie me. The game recognised any noise I made and translated that into a sonar pulse. The louder the noise, the more of the environment was revealed. The catch is that the very creepy, zombie baby-shaped bad guys can hear you too and if they hear you they come running.

This risk-reward element to the core gameplay wonderfully amps tension to uncomfortable levels. In fact, I found it very difficult to play for long periods of time, not because the VR was giving me troubles, but because I just couldn’t handle the constant state of anxiety I was finding myself in. This is not a pleasant experience people and I would suggest people with anxiety problems would probably be best served by avoiding the game. But as a horror/thriller experience that gets the adrenaline pumping it is second to none.

There are a few issues with the gameplay, I found the movement controls a little disorienting. Looking around the environment was achieved with a combination of moving my head in VR and using the right thumbstick. It made things a little jumpy at times and added to my already troubled state of mind. I also found interacting with things in the environment (like levers and rocks) to be a little fiddly at times, causing some unnecessary frustration.

Those minor problems can easily be overlooked however as this game is really a massive achievement in VR design. To think it was created by five people makes that achievement even more impressive. If you are looking for a title to scare the pants off yourself, or you love interesting game mechanics then Stifled is, without doubt, a must-buy. If you find the thought of being stuck in a claustrophobic sewer with minimal vision and some horrible hell spawn chasing you terrifying…. well let’s just say that Stifled isn’t the game for you.

* You can catch Matt’s interview with Justin Ng Guo Xiong, one of the developers on Stifled here: