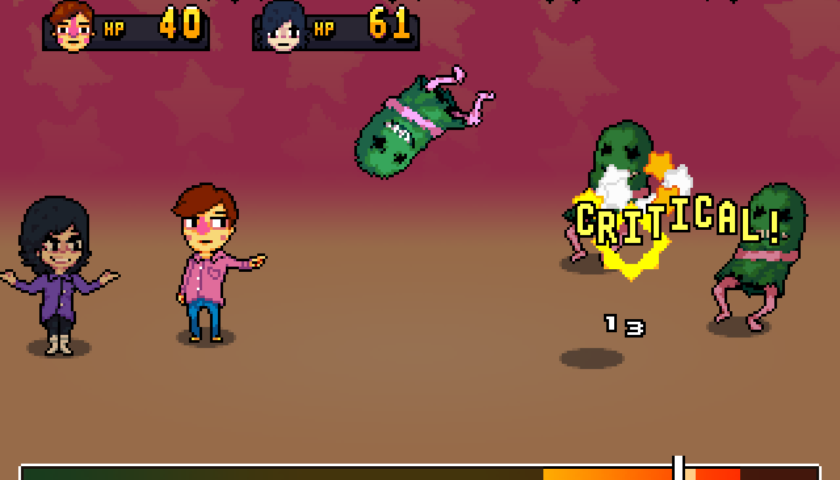 The Rorke’s (Adam and Anna) made it their mission to tackle as many games as they could during the three days at PAX and then report back to us all what they found. Anna is up to bat for part 2.

This was my first year checking out PAX AUS with the Player2 crew and I was simply stunned by the sheer volume of games on offer. Here are just a few of my favourites from the show floor.

Eatvolve is exactly what it says on the box, a game about eating and evolving. Starting as a worm you use basic platform mechanics to stomp and eat a variety of creatures, with each one you eat influencing the way your creature evolves. A relatively simple concept with equally simple controls the real fun here is seeing the interesting ways each creature you consume affects your avatar. On top cosmetic changes you also gain abilities from your food and there is also a mating mechanic to unlock different starting options. With all these different parameters it really feels like each time you play you would end up with a unique creature. We saw this running on touchscreen devices as well as PC and the Spelunky inspired graphics and gameplay transfer really well to the smaller screen.

Available now on PC for only $1 at https://papadar.itch.io/  I’d be expecting to see this on mobile devices soon.

The Knuckle Sandwich booth had a great little setup, getting you in the retro mood with NES style controllers and a little CRT monitor hardly bigger than a phone screen. There is something familiar about this game with the look and controls calling back to classic console RPGs. Where the game really shines though is the strangeness. There is a strange twist to the visuals including crowds of strange jelly baby looking NPC’s as well as a strange sense of humour about the characters and dialogue. Release date on this one is still TBA so we will likely be waiting a while before we get the full game but I’m looking forward to seeing where this one goes. If you want to know more, you can check it out here http://knucklesandwich.biz/.

Regular Human Basketball pits two teams of four players against each other to try and play basketball using giant robots. While this sounds simple in premise, the gameplay is frantic, fun and short. To get the ball to the hoop the players need to access 10 separate buttons using their platforming skills to move around inside the robot’s body. With separate controls for the robot’s legs, a giant magnet to pick up the ball and thrusters to move around, co-ordinating four individual team members is pretty tricky. There was quite a bit of shouting and flailing going on at the booth but the feeling of triumph was evident whenever someone managed to score a goal. Most people I think would struggle to set up an 8 player game like this at home but the online multiplayer coming with the steam version should make this much more accessible.

You can pick up an older version of this game now (http://powerhoof.itch.io/regular-human-basketball) or wait till early 2018 for a full Steam version.

West of Loathing is a point and click adventure with a distinctive black and white, stick figure aesthetic and a wicked sense of humour. You’ll get to pick a class and set off on an adventure in a ‘Wild West’ setting. There is all thing things you’d want in a point and click adventure, collecting items, dialogue choices and puzzles as well as a bunch of RPG elements including turn-based combat and a leveling up system. Our favourite part of this game was the sense of humour, whether it was unlocking the silly walks function or picking up a hat from the “Take a hat leave a hat” box at the local bar we found ourselves chuckling along the whole time we were playing. We barely scratched the surface in the time we had and feels like there is a lot of depth and promise in this title so we are looking forward to spending some more time with this in future. This one is available on PC now or coming soon to the Apple App Store.

They say time flies when you are having fun and that was certainly the case with PAX. It’s hard to believe that it’s over for another year but with all the great games we unearthed this year there is no doubt time will continue to fly.