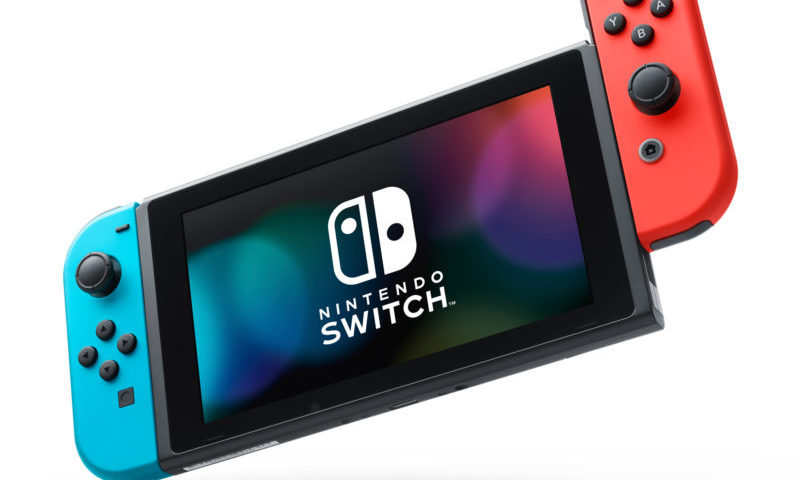 Every year at Player 2 we sit down over dinner to sort out our game of the year awards. That dinner then turns to arguing, then fighting and finally some sort of grand melee in which kitchen furniture becomes projectile weaponry. After the wounds are healed we then head back to our own corners and just write an award winner each, thus avoiding having to come to any sort of conclusion with each other. First up is 2017’s Biggest Surprise.

Stephen del Prado – Life is Strange: Before the Storm

The biggest surprise of 2017 for me was developer Deck Nine’s Life is Strange: Before the Storm living up to the original game from Dontnod which was one of my favourite games of 2016. I’m of the opinion that Life is Strange will be something difficult to follow up for the original developer, so it must have been doubly so for another team coming in. Fortunately, Deck Nine did a wonderful job fleshing out many of the characters and exploring why Chloe was so torn up about the disappearance of Rachel Amber at the time we meet her in the original title. With the final episode not out until December 20th, there is still every chance this title could end up as my favourite of the year.

It was no surprise that Nintendo was going to continue to release classic games through eShop and we all saw a Nintendo Classic SNES Mini on the cards. What was surprising was that the console included a never-released game – Star Fox 2 – which was shelved when Nintendo started focusing on its 64-bit opus. Of course, I am sure that my Player 2 friends will criticise me for putting this on the list. Is it technically a new game? Is it technically a release for the Super Nintendo when it is being released on an emulator instead of the original hardware? You can all fight that out. I’ll be over here with my popcorn.

Coming into the year I could have sworn Nintendo were in strife. The Switch looked like Nintendo were repeating past mistakes with a piece of hardware that was good in theory but stumbled in the real world. Boy, I am more than happy to be proven wrong. The Switch has 100% knocked it out of the park with quality release after quality release. In fact, I fail to remember a system launch with its initial 9 months as chock full of high-quality titles as the Switch. Add to that it is fast becoming the indie machine of choice for many and The Switch easily wins my biggest surprise of the year.

XCOM 2 is one of my favourite turn-based strategy games, duelling with Civilisation VI and Jagged Alliance 2 for the honour of “Best ever”. I figured the DLC, War of the Chosen, would add some new enemy units and maybe a few new tech items to research – but instead, it fundamentally changed the entire game into something transcendent, rewriting the main campaign and improving on nearly every single aspect of the game too, sometimes in ways I hadn’t thought possible. It might be one of the best DLCs ever released and took me so completely by surprise it’s an easy nod for this category.

THIS GAME IS ABSOLUTELY AMAZING. I had no idea what I was getting myself into when I first bought this game on the Switch but holy hell it’s the best thing ever. If you haven’t picked this game up on any of the consoles, I highly recommend it. P.S You need friends for it, it’s no fun on your own. Sorry Matt, no Overcooked for you.

I feel like this is a bit of a copout, but I’m going to have to say my biggest surprise of 2017 was the hugely positive reception of NieR: Automata. Though I didn’t play it myself, I picked it in our Player2 2017 Draft based on my husband’s huge enthusiasm for its predecessor, NieR – so far as I could tell, it had a dedicated cult-following but far less mainstream appeal. Come 2017 and its sequel has not only received strong reviews, I’m now seeing it tossed around as a GotY contender for many – no wonder Yoko Taro’s mask has such a big smile!

I have a strong dislike of Assassin’s Creed games. I’ve never liked how they felt to play or their mission structure. But Origins feels like a completely different game, and it’s the reason I’ve put 40+ hours into exploring the vast sands of Egypt. What a world. Wide open sands stretched between mountains of lush green and vast river Nile make for one of the more breathtaking open worlds to explore in some time. Bayek and his wife, Aya, have one of my favourite portrayed relationships of any game in recent years, remaining steadfast in their duty to each other and their goals while not holding back on their affection for each other, especially after they get their murder on. A huge surprise for me.

This is how I envisioned this all went down. An Indie Dev team went “God dammit SEGA! Make a good Sonic game! It’s not that hard!” and SEGA replied with “if it’s so easy why don’t YOU do it!”

And they did and it was beyond awesome.

Sonic Mania encompasses exactly what everyone LOVES about Sonic Games. I had a good feeling about this title and hence my pick in this year’s Player2 Draft, it was a damn nice feeling to be right for a change.

I don’t think anyone was expecting this to work so well. The Rabbids haven’t exactly been a runaway success, their brain-dead antics easily overtaken by The Minions, yet Ubisoft managed to pull it off and create both a pleasing and damned challenging tactical game. Everything just works, from the overworld exploration and light puzzles to the gruelling battles, with the perfect amount of characters, weapons and upgrades to work towards. The main game itself is meaty enough for any strategy enthusiast, then on top you have the extra difficulty of completing challenges across all the chapters, ensuring that you’ll be pulling off trick shots and sliding through pipes for weeks. Awesome.

I, like many, had thought that Nintendo was down and out if the Switch failed, in some ways I was hopeful this would be the case so that they could focus their work on software, and become a third party publisher. What eventuated though in 2017 was the birth of a truly phenomenal system supported by perhaps the finest year of first-party exclusives that we’ve ever seen. The Switch has successfully merged HD gaming, with ease of access and portability, and has provided us with an exceptional library of games headed by Super Mario Odyssey, The Legend of Zelda: Breath of the Wild, Splatoon 2 and many more. Nintendo, you continue to surprise and impress me.