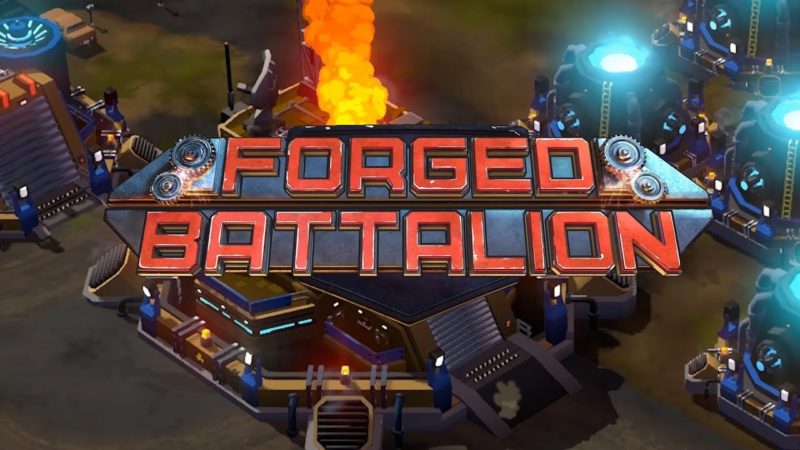 The humble RTS has had a bit of a rough trot of late. There hasn’t really been much in the way of outstanding games for fans to get excited about. Sure there have been some marvelous Total War games but outside of Dawn of War 3 and Halo Wars 2 (and both of those had problems) there just hasn’t been an RTS that captures that old-school, Command and Conquer feel. But that is exactly what Forged Battalion does and it does it while bringing some new ideas along for the ride.

Gameplay in Forged Battalion feels like a wonderful tribute to both Total Annihilation and Command and Conquer. Building bases, collecting resources, constructing units, destroying enemy command centers. It is classic RTS stuff, but it is done exceptionally well. The units all feel balanced, the build times spot on and the mouse controls tight and responsive. Even in the game’s early state, this feels like a highly polished production, with everything feeling well thought out and appropriate.

The graphical look is almost cel-shaded in its appearance, which is something new for the genre. It is an almost-but-not-quite cartoon feel that really makes the game stand out from older RTS games. The units look like futuristic war game staples but they have a nice amount of detail and suit the setting. There are currently a few graphical glitches and it feels pretty unoptimised in places but as I have been playing a pre-early access copy this is to be expected. I have high hopes that this one will be as smooth as silk once it hits full release.

The really exciting part about Forged Battalion however, is the new RPG style tech tree itbrings to the gameplay. Every time I played the game I earned upgrade points. These points could be used to unlock permanent upgrades from a tech tree. These upgrades included new weapons for different units, new super weapons, new unit abilities and improved passive abilities such as higher armour. Once these upgrades were unlocked I could create my own custom units and eventually army. Wish the infantry units were better against tanks? Give them a cannon. Don’t mind sacrificing a bit of speed for more firepower on your jeeps? Throw on a mortar launcher. Wish your aircraft were more effective against infantry? A machine gun would be handy. All of these customised units can be saved and four of each type (infantry, light vehicle, heavy vehicle and air) can be added to your custom army, allowing them to be built in game. Buildings, turrents and super weapons can also be customised in this way. I cannot stress enough how much this system changes things up. It makes every mission seem unique and personal. These are not just standard units, these are units I created, I named and they all serve the purpose I need them to. It is, in a word, brilliant.

My time with Forged Battalion has been wonderful. The gameplay is tight and feels like my favourite RTS games of my youth. The big kicker that makes this game something more than simply a nostalgia grab is the customisation options that add a huge amount of depth to the gameplay. There are some rough edges at present but I fully expect those to be sorted by the time the game reaches full release. Being such an early title I didn’t get a chance to play any multiplayer matches but the thought of coming up against other people’s custom armies is a tantalising one. In all Forged Battalion shows a lot of promise and is a title that RTS fans everywhere should be keeping a close eye on.