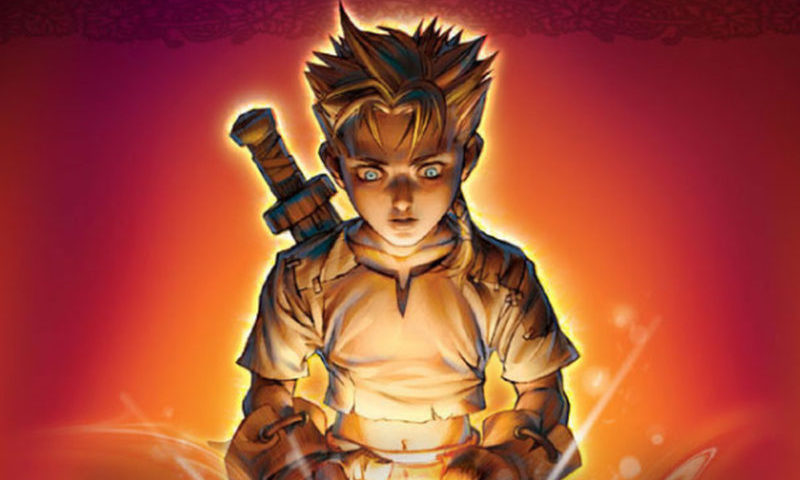 Spinning a Fable from the Past

Thanks to Xbox One’s backwards compatibility, the entire Fable series is now playable on Microsoft’s latest system. This was the sign I was looking for because I had been contemplating revisiting the series for quite some time. So revisit them I did, playing through all three main Fable games in about a month period. In all, I enjoyed my time with all the games but there is no denying they have their problems. It is those problems that go me thinking, what does the rumoured Fable 4 need to take from the previous three games and what does it need to do away with?  What elements define the franchise and what was just busy work that created unnecessary hassle? I thought I would look at each game in turn and discuss those very points.

The first Fable has obviously suffered the most thanks to father time. The game that introduced us to the world of Albion is a bit rough these days thanks to the dodgy combat and the series of small maps that make up the game world. But at the same time Fable includes a lot of things that, since its release, has become standard in modern RPG’s. Relationships, Good/Evil playthroughs and basic resource management are all present in the first game and as a result, the game doesn’t feel as dated as it could do. The game featured a traditional fantasy setting, a setting which I hope Fable 4 revisits because I never quite connected the almost-Victorian setting of the second and third games.

The sheer age of Fable (even the very well done remaster) means that it will probably provide little inspiration, apart from the world itself, for Fable 4 but it still should be a point of reference for both the writing and art style. It is important that the humour carries through to any new Fable, it is part of the franchise’s DNA, that uniquely British warped view that is part Pratchett and part Python. It is as much a part of Fable as any other component and essential to maintaining the franchise’s unique identity.

Fable 2 is the most fondly remembered game in the franchise and with good reason. It did what all good sequels should do, improved on the original in almost every way. It simplified and streamlined the convoluted UI and dodgy combat, it opened up Albion into much larger, explorable areas and made it feel as though player actions truly had an effect on the world of Albion. It was with Fable 2 that Peter Molyneux finally started to convince us that his hyperbole was actually coming true. Thanks to Fable 2 the Xbox 360 had an exclusive that was both unique and entertaining. It was an “everyman” RPG with enough depth for gaming veterans without scaring off people new to gaming. Of course, it goes without saying that the companion canine was one of the best additions to Fable. Adding a dog that supported players throughout their quests was a stroke of genius and it was a sad moment when this loyal pooch bit the dust during the game’s finale.

Playing through all these years later it holds up surprisingly well. The world is still a joy to explore (even if feeling a little confined after all these years of open-world titles), the humour and story are bang on and improved resource and real-estate management still work well. Sadly though the combat now feels badly outdated and at times frustrating. There is no doubting that it is easy to master and an improvement on the first game, but it still feels clunky and lacking depth. Despite that, I feel safe in saying that Fable 2 should serve as the basis for Fable 4, should it come about. Sure things need improving and modernising, but so far I feel it is the release that captures what a Fable game should be better than any other title in the franchise.

The third Fable title is a strange beast. It perhaps tries too much to reinvent the wheel and as a result, comes across as a mishmash of ideas that don’t quite gel together. There is the traditional Fable adventuring to be had, which is still quite fun, but there are a bunch of additions that seem to take away from what the game could have been. The two most notable disappointments in my eyes were the simplification of the upgrade path and the mess that is real estate. In Fable 2, upgrading was achieved by using 4 different types of orb that would be awarded when an enemy was defeated. There was an orb for Magic, Ranged and Melee combat as well as a general orb that could be used across all three disciplines. It was a system that tailored its self to how the player approached the game. In Fable 3 that system was replaced with a single type of orb that literally turned upgrading your player into opening different chests upon a path. It took all nuance out of the RPG systems and the game felt hollow because of it.

As for the real estate, well they took the perfectly fine system from the second game and changed a few elements in an attempt to stop players cheating the system. In Fable 2, you earned coins from your real estate over time, even when the console was off. This meant that enterprising players could cheat the system by simply winding the internal clock in their Xbox 360 forward. To combat this, Fable 3 introduced a system whereby the quality of the real-estate would degrade over time and players had to pay in-game money to fix the property or they wouldn’t get rent from it. In theory, it works fine, but in practice, it was a painful, slow and irritating system that simply became a hindrance, especially late in the game when money became super important.

That’s not to say it was all bad however. In fact, there were some great new additions to the formula. Mixing different types of magic was a blessing and allowed players to hold one different type of magic in each hand and cast them together, creating various combo effects that added a huge amount of variety to the magical combat. The final third of the game was also a great idea, one that was unfortunately held back by the real-estate mishap. The idea of making important choices between saving the population from a future threat and keeping the citizens of Albion happy is an appealing one and with further refinement, could be a perfect addition to a new Fable game. Fable 3’s scattergun approach to new ideas and fixing things that weren’t broken left a bad taste in many player’s mouths but it is still a game worth playing, out of morbid curiosity if nothing else.

In all, any theoretical Fable 4 has plenty to draw from but at the same time, if it want’s to wow the world like the franchise once did, it has a lot of legacies to ignore. Granted with a  new studio rumoured to be creating the game there is likely to be a lot of changes to the Fable we all know, but that doesn’t mean they should throw out the history and start again. There are certain elements, like the humour, the three style combat system and the world of Albion, that need to be present if this is to be called Fable 4. If the developers can modernise those systems and trim or improve the things that put people off, there is no reason that Fable 4 can’t be the system selling RPG that Microsoft so desperately needs.