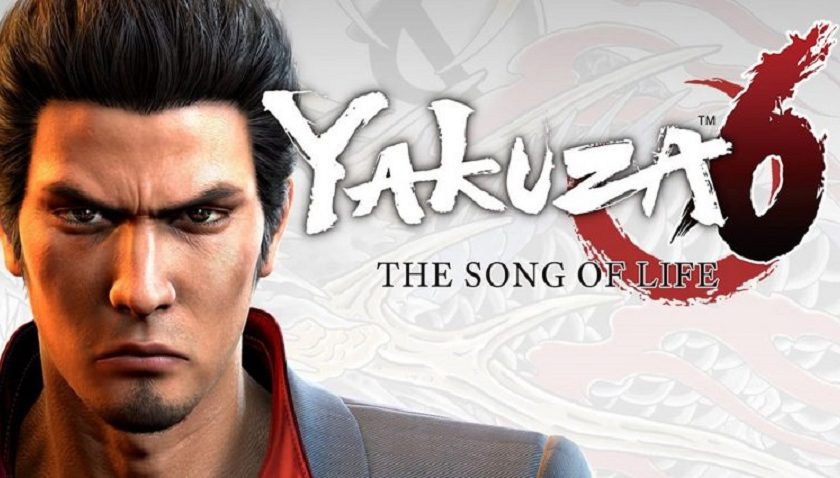 Yakuza 6: The Song of Life – Review

All The Best Yakuza Have Daddy Issues

Just when I’d thought I’d had my fill of ‘Dad’ games – Bioshock Infinite, The Last of Us, Shower With Your Dad Simulator – Yakuza 6 shows up to prove me wrong. A poignant close to the story of Kiryu Kazuma, the sixth entry in the main Yakuza series is bursting with action, emotion, humour and heart. For film buffs, it might evoke Sam Peckinpah’s western classic The Wild Bunch as Kiryu struggles to find his place in a changing world and questions the impact his actions have on those around him. While this may sound like hyperbolic praise for a game that also features karaoke rhythm mini-games and a protagonist lusting after bikini-clad cam girls, I can’t help but feel that more so than any previous entry, the moments of humour and levity in Yakuza 6 only juxtapose and enhance the bittersweet nature of Kiryu’s figurative ‘riding off into the sunset’.

Taking place a few years after the events of Yakuza 5, Yakuza 6 opens with Kiryu once again fresh out of prison and ready to settle down in Okinawa before the intrigue of Kamurocho pulls him back into the areas seedy underbelly of crime families and political corruption. With the twists and turns in the storyline that Yakuza games tend to favour, I think it would be a disservice to go into too much detail regarding the plot, suffice to say I found it extremely enjoyable albeit somewhat predictable in areas. Furthermore, by this point, it should go without saying that the more time invested in previous Yakuza titles, the more rewarding some of the story beats and cameo appearances are going to be. Using the new Dragon Engine, Yakuza 6 has the highest visual fidelity of any Yakuza game to date complete with a host of other small improvements, such as the ability to take fights inside the various restaurants and convenience stores around the neon-drenched entertainment district. While the frame rate isn’t a solid 60fps like Yakuza 0 or Kiwami, it never once detracted from my experience. One area I did feel was inferior to previous games is the combat system, specifically because of the extremely limited range of attack options Kiryu has. Unlike Yakuza 0, which featured three different styles of combat, Yakuza 6 sticks with one style throughout. While I couldn’t fault this omission in HD remake Yakuza Kiwami, it feels like a backwards step to strip this layer of strategy away in a newly developed subsequent entry. Thankfully, combat is still fun to engage with despite this flaw and shouldn’t wear out its welcome across the course of the main plot.

The themes around fatherhood running through Yakuza 6 are one of its strongest points and were especially affecting to myself as a relatively new father. Each major story thread in the game can be traced back to the role of paternalistic figures and the effects they can have on their own children or others who look to them for guidance or approval. It seems like all the best Yakuza have daddy issues and they’re in full force throughout The Song of Life. What separates Yakuza 6 from other ‘Dad’ games is the much broader character range on display – while there are the requisite ‘guilt-ridden, selfish asshole’ types like Booker from Bioshock Infinite or Joel from The Last of Us, there are also genuinely caring fathers who put the needs of their children first. Perhaps most unsettling is the way the writing and the superb voice acting combine to bring to life characters who are so achingly human in their flaws and vanities. This is helped by one of Sega’s finest localisations of the series thus far which helps to bridge some of the cultural divides Japan and the Western world have around these topics.

As with earlier Yakuza games, the main story of The Song of Life is enriched by the multitude of other activities on offer – whether it be mah-jong, SEGA arcade titles like Virtua Fighter 5 or side missions that flesh out the world and the character of Kiryu. However, not everything has made its way into Yakuza 6; the Cabaret and Real Estate management of Yakuza 0 is absent, along with large sections of Kamurocho like Purgatory and the activities it offered. To make up for these exclusions, Yakuza 6 instead incorporates a baseball team management simulation as well as Clan Battles, a tower defence-esque mode in which you recruit and deploy members to engage in top-down battles with rival clans. I’ve often found this sort of side content isn’t for everyone but Yakuza 6 does a fantastic job of ensuring that players who engage in it will feel rewarded while those that don’t shouldn’t worry they are missing vital parts of the game. I’d encourage any newcomers to try out every piece of side content available – just don’t feel guilty if you’d prefer not to try them again. As always, Yakuza 6 also works as a wonderful ‘tourism simulator’ of the real-world areas that Kamurocho and Onomichi represent, the latter a new addition to the Yakuza series that captures a sleepy seaside town in Hiroshima beautifully. For anyone who has visited Japan previously, there’s bound to be some part of the game world that bring those travel memories flooding back which is a testament to the developer’s ability to breathe life into their environments.

Yakuza 6 is a powerful and finely crafted game that provides a moving closing chapter to the story of Kiryu Kazuma. For fans of the series, it is without a doubt an essential addition to your 2018 gaming schedule and shouldn’t be missed under any circumstances. It also comes highly recommended to any Dads out there who wouldn’t mind some stirring of fatherly emotion, with the finale one of the more moving closing sequences in a game I’ve experienced. While Yakuza 0 is still my recommended point of entry for newcomers, the included summaries of all previous Yakuza titles make Yakuza 6: The Song of Life a worthwhile way to dive into this modern-day gaming epic.