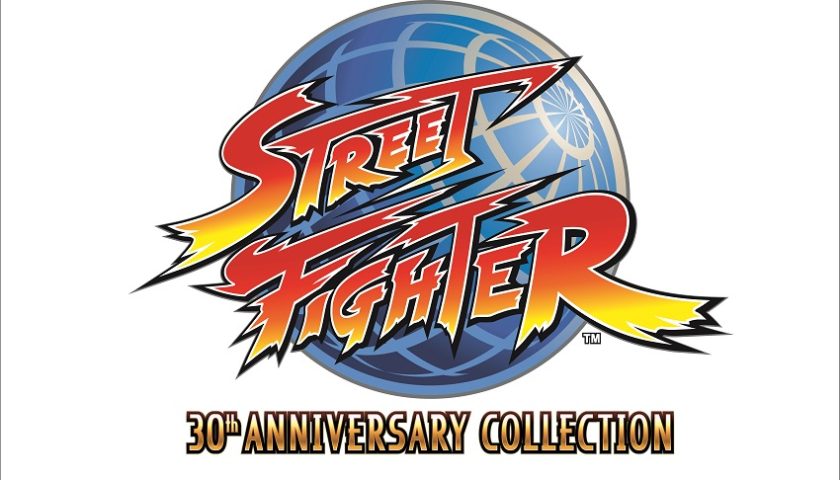 The Street Fighter 30th Anniversary Collection sure is something to behold. 12 Street Fighter arcade games, basically everything from the Pre-IV era, all done up in a nice shiny package that includes historical tidbits, old pieces of design art and some fancy filters, options sliders and border options. There are some problems however and most of them have to do with Father Time.

You see these are the exact same games that you remember from the arcades, which is both a blessing and a curse. There has been nothing done at all to modernise these titles and somethings just don’t hold up well. The original Street Fighter is terrible (to be fair it was terrible when it first came out) and I can only imagine people will play this for the achievement/trophy. Street Fighter 2 (and its many incarnations) also feel a little worse for wear. The AI is still both brutal and dumb, Chun-Li is a sucker for an uppercut, Zangief falls for the Jump Kicks and Guile is just a prick. This makes the single player parts of these games an exercise in frustration unless you can remember the cheezy way to beat each character.

The Alpha and III games all fare a lot better, in both feel and AI. In fact, the Alpha games, which were always my favourites, hold up extremely well. The AI is much more balanced and the mechanics still feel modern and responsive. Street Fighter III’s mechanics are still the most technical of all the games and therefore the most rewarding for dedicated players, but the AI is once again brutal and unforgiving for new players. Some of this comes from the very nature of an Arcade game, after all, they are designed to force players to put those coins in the slot, and some of it is just a remnant of old game design.

But really if you buy this to play by yourself you are missing the point. Street Fighter always has and always will be about drowning your mates Hadoukens and that is where this collection truly shines. I had heaps of fun playing this with my kids, I even let them win on occasion, and I can’t wait for some mates to come around and we can kick back and get some dragon punch blisters revisiting Street Fighter II: Championship Edition. Playing this with friends and family takes away all reservations I have with the age of the games, all that is left is a warm glow of nostalgia and muscle memory from my early teens.

Of course getting people around for a game of Street Fighter is a bit harder as an adult so luckily the only new addition to these classic titles is Online play. From the small time I spent with online the net code seemed stable and lag wasn’t too much of an issue. Of course, this will never replicate going to town on your best mate’s Blanka skills but it is the next best thing.

I think it is also worth mentioning again that these are copies of the Arcade versions of these games and not the various home versions that were released over the years. This means that some of the features that long-time console players are used to may be missing. The most notable for me was the very awesome World Tour mode from Street Fighter Alpha 3. I spent hours and hours in that mode on the PSone and I was a little heartbroken when I realised it wasn’t apart of this package.

In all though, this is a collection of the most influential fighting game franchise on the planet and if you are a die-hard Street Fighter fan then there is no question that you should own this title. Digging through the history tidbits, kicking it old-school with E Honda and remembering how to do that crazy screen flashing Akuma super move are all the type of nostalgic joys that should be featured on a range of Hallmark greeting cards. Be aware though, if you don’t have that nostalgic connection then this really isn’t for you, the passage of time has probably been a little too rough for anyone without a history with the franchise to dive in here.