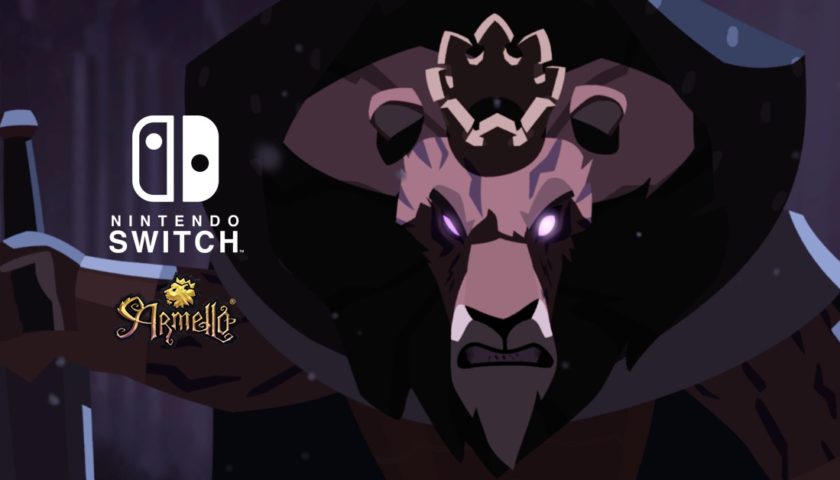 Armello – Backstabbing on the Switch

I have a friend who just loves alternate win conditions for board games. While the rest of us blindly play the main game, his furtive glances through the dusty back pages of the instruction manual inevitably build to an obscure umpire’s call. And when it comes, it’s like the best of back-stabs, our power-hungry friend dry-washing his hands and pulling the rug out from under us with some bullshit win condition we’ve invariably been helping him achieve the entire time. And we love him for it because it keeps us on our toes and makes the next game more interesting as we try to thwart his repeated efforts to gain victory via that path once more.

I think this is what Armello is aiming for. It has a simple goal – to kill the rot-corrupted king – but the game’s multiple win conditions create an environment where the eventual kingslayer may not actually achieve victory. Indeed, I’ve felt this disappointment myself, landing the regicidal blow only to watch the stupid bear claim victory. The issue was that I had to survive the fight to win, so the king’s last mortal blow to my character transferred victory to the surviving character with the highest prestige, which you get for completing quests, killing banes or other heroes, and liberating terrorised settlements. Basically, prestige is a measure of how famous you are and you want to hold on to that shit because if you’re the character with the highest prestige at the end of a round, you get to influence which decree (from a choice of two) the king makes. These can range from a blood pact that only benefits the king and yourself, to something like requiring a fee for characters to enter and claim villages.

Armello is somewhat complex, but after a few rounds the chaotic nature of multiple individual heroes running about doing their thing, plus enemy AI guards and creatures, combined with constantly changing terrain states that can lead to perils like random teleportation across the map, all settle into a bit of a groove, even if you never feel in control of things. It’s never worth thinking too far ahead because the game itself will constantly work to stymie any plans you make. A clear pathway to your objective one turn might get blocked by bastard banes (awful rot creatures who can get nicked) or palace guards or another main character on the hunt for your prestige-giving head. So really, you have to roll with the chaos.

Speaking of rolling, Armello’s battles rely heavily on virtual dice rolls, which can feel a bit disempowering if you’re hovering on low health and have been forced into the situation. This is why it’s always worth doing your best to gather cards and spells that increase the number of dice you have per encounter. Some equitable cards will guarantee a certain number of attack or defence points and these are essential for surviving. However, death is also a common part of the experience. Thankfully, it’s temporary, simply setting you back to your starting point and deducting one point of prestige. This latter cost is perhaps the most frustrating when aiming for a prestige victory, but towards the end-game, prestige levels can get wiped very easily so it’s actually possible to win on just one or two points. In fact, it’s possible to win just by directly attacking the king and surviving. However, no character ever feels powerful enough to do so until the late stages of the game.

A full game takes anywhere from thirty minutes to an hour when playing solo against AI. I opted to use the fast-forward button for everyone else’s move, but there is some strategy in watching and analysis everything that’s going on. I can’t imagine having time to play with real people, but the option for multiplayer is there and Armello’s developers seem to have implemented a decent progression system to keep you playing what is essentially the same scenario over and over again. There are various achievement badges to unlock and each play-through goes towards unlocking optional amulets or other knick-knacks that grant starting bonuses to your character.

Each of the characters, the wolf, bear, rabbit, rat etc. that you can choose from have various unique perks, aimed at different play styles. You might prefer the sneaky route, laying trap cards and stealing prestige from the shadows. I took a liking to the wolf that fires a guaranteed 1-damage arrow before instigating a fight, as it means you can slay the king when he is on one health without having to enter the combat screen, where you both get an equal run at each other and double-death is almost certain.

I found the overall game of Armello engaging for several rounds, though I do question the longevity and fear burnout at the game’s heavy reliance on random, sweeping effects to mix things up. I guess if I want to remain interested I’ll just have to find three Switch-owning friends and organise a few games because stuff trusting randoms to not take 20 minutes per turn.

As a Switch port, Armello looks quite gorgeous, especially given the game’s colourful and artistic presentation. My only issue was that some of the explanatory and menu text was so small it was nearly unreadable. Otherwise, I experienced no performance issues at all. The devs tell us that full touchscreen controls will be included in a day one patch, which should make some of the time-sensitive aspects, such as burning cards, much more intuitive.

Armello has almost as many versions as Skyrim, but if you don’t already own it, it’s an interesting take on the virtual board game. The cards you use are beautifully illustrated and the battle-chess animations as the characters do battle connect satisfyingly with your chosen actions. I wasn’t a huge fan of the reliance on virtual dice rolls, nor the chaotic nature at times of everyone just running about doing their own thing (heroes effectively feel like slightly more powerful palace guards rather than potential comrades or nemesis), but I’m sure that the sly players out there will lap it all up. They’ll hunt down those multiple win conditions, slinking around the map, gaining prestige, helping no one, eyes only on victory. Good on ‘em.