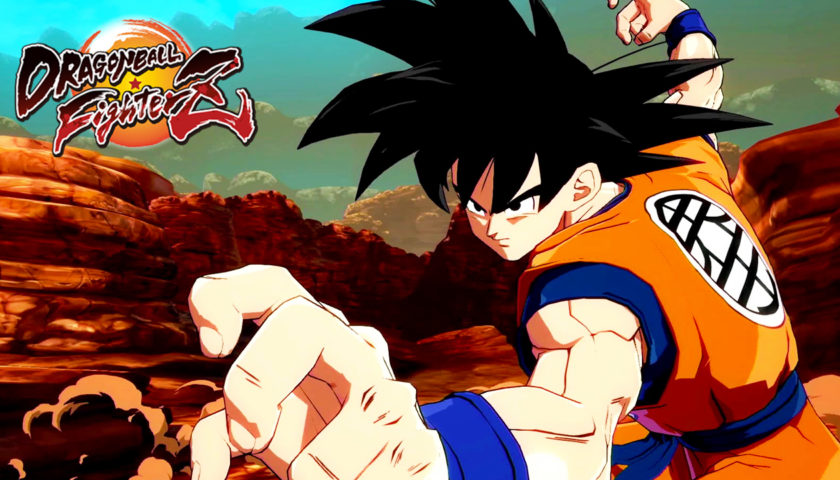 Dragon Ball FighterZ – Switching it up

* This is only a look at the recently released switch version, please head here for our review of the original release on other platforms

Let me start with the story, because frankly, as a Dragon Ball rookie it is the most confusing part. Somehow I have inhabited the bodies of Dragon Ball fighters and only I can control them in combat due to a power fluctuation that is restricting their abilities. So it is up to me to control my team of combatants in a quest to stop an army of clones, find the source of the power problems and rescue a bunch of teammates along the way. That is the simple version of the story and about my level of understanding. There is a lot going on here that I can only assume Dragon Ball fans will lap up. The game certainly makes the assumption that anyone playing it has a history with the franchise, not taking the time to set up the story and introduce characters at all.

That being said the real reason to play the game, especially as an uninitiated Dragon Baller such as myself, is the gameplay and boy-o-boy does it deliver. This is a 3 v 3 2D fighter that immediately gave me the impression of Marvel vs Capcom 3. Just like MvC3 the game allows players to tag in teammates, deal out ridiculous combos and fill the screen with awe-inspiring super moves. Perhaps what impressed me most, however, was how gentle the learning curve is. This is a game that will allow anyone to play and gives them the tools to do some really cool stuff without any prior knowledge. Auto-combos, one button specials and easy reversals abound making this a great fighter for those new to the genre.  That isn’t to say there is no depth. People that put the time in will find a robust fighting system that allows players to take the gameplay to the next level. Dragon Ball FighterZ is the rarest of rare games, a fighter that caters for all skill levels, something that should be applauded.

There is a tonne of content here to keep even the most committed player satisfied. An extensive story mode that allows for some divergence from the main path (something that is also rare in fighters), traditional arcade modes, online competitions and extensive tutorials that focus on the game’s more advanced maneuvers. Every mode earns coins which can be used to unlock customisations, new characters and new costumes. This is a game with a very healthy set of features that will keep players coming back for more. For mine, it is one of the most feature complete and single-player friendly fighters out there, with only Netherealms’ Mortal Kombat and Injustice games beating it to the punch.

On the Switch, the game works wonderfully, though not without some sacrifices. Neither the pro-controller or the handheld mode controls are ideal for fighting games. I found that I would miss moves on occasion and getting things like double taps to work, especially in handheld, was troublesome. I also found load times to be a little long, with some big breaks between fights and story cutscenes. I can’t say if this was the case on the other releases but it feels like a result of the Switch’s slightly underpowered innards. The other major problem is the game relies on Nintendo’s online systems for its multiplayer and well, in my experience that usually isn’t a positive. Apart from these issues however, the Switch handles the game well with no slowdown, stuttering or glitching in game. In fact, I think I would be hard pressed to see any difference between this version and another running on a more powerful system.

In the end, Dragon Ball FighterZ on the Switch is a solid port of an excellent fighting game. There are a few minor issues with this version but nothing that should hold back potential buyers. The game is obviously aimed at long-time Dragon Ball fans but frankly, it is a title that can be enjoyed by anyone who likes fighters. Dragon Ball FighterZ is simply put, one of the best 2D fighters available and the fact that I can play it at full quality on the go makes it something special. If you don’t own this title on another platform, do yourself a favour and pick this up, even if you think Vegeta is a type of vegetable seasoning and Yamcha is a Chinese dining experience.