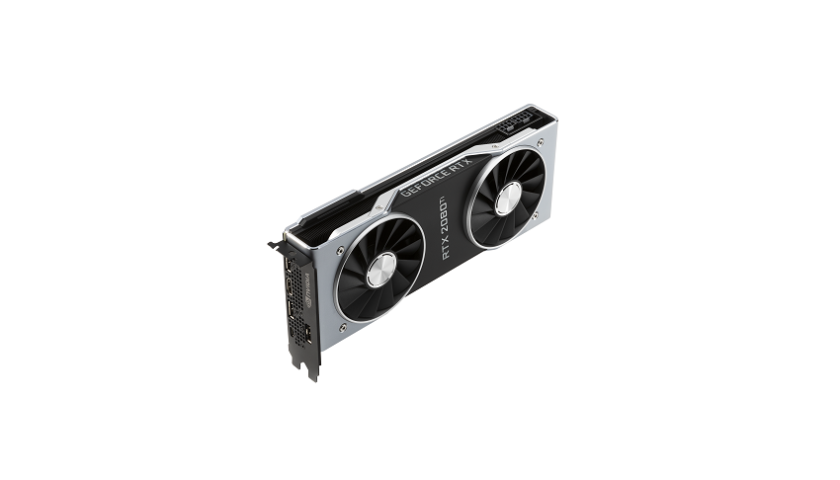 Ray tracing is the marketing word of the moment from Nvidia. It will change the way games are run forever, your eyes will melt from all the amazing detail and it will even wash your dirty undies. It is easy to be sceptical when the all you can see is the PR script. So with that in mind, I booked in with Nvidia at PAX to spend some time talking about their latest range of GEFORCE cards and to see exactly what the brouhaha is all about.

Sitting down with the rep, the first and most obvious question is “What the bloody hell is Ray Tracing anyways?”  Anticipating this question, the rep had a handy slideshow ready, amazing how that worked out. All jokes aside it was a great presentation that made it all much clearer to me, clear enough to even attempt to explain it. Basically, ray tracing is a process where the GPU sends out “rays” to determine what is happening in the line of sight, using AI routines to generate the image. What this essentially means, is that it uses AI to create reflections, lighting or other graphical effects automatically, without the need to for graphic designers to manually put them in. It means that actually putting together all the pretty stuff is much less labour intensive and much more accurate. The best example the rep gave me was concerning Battlefield V, which is using ray tracing for reflections. Now, with an RTX Card, a player can actually use the reflections in-game to give them an advantage. Using a car door, puddle or window’s reflection to see where other players are is now possible. This is something I had never even considered and I imagine it is something that esports events are going to have to take into account in the future.

This sort of technology has been around for a while and has been used in big Hollywood flicks. But the catch was in these instances was it was done using supercomputers, frame by frame. Movies like Star Wars, CARS and Spider-Man have all used this technique to great effect, creating some epic effects using these enormous supercomputers and whole buildings of servers. Somehow Nvidia has been able to create a commercial product to do the same thing. I think they used some sort of black magic, but they swear it was just good old technological advancements. You can read about it in much more detail, with much bigger words here.

All this means nothing if the games don’t support the technology and at the moment things are a little thin on the ground but that is about to change soon. The aforementioned Battlefield V is only a few weeks away, Metro: Exodus (which I played with the ray tracing on, it is spectacular and you can read about it here:) is early next year and Shadow of the Tomb Raider is already out. There is a full list on the Nvidia website, but I imagine that developers will take up the technology rather quickly, especially if it gives the labour savings the rep suggested is possible. All that super tech comes at a price though, with the top end Geforce RTX 2800 card coming in at $1200 plus. That is a massive investment in anyone’s books and Nvidia aren’t shying away from that, they were very upfront about the cost. I guess when something costs that much, all you can do is lean into it. I feel like as the tech improves the price will come down but until that point, this is a video card that is beyond the means of most.

Cost aside though it is hard not to be impressed with what these cards are capable of. Every generation we wonder if graphics can get more realistic and every generation companies like Nvidia push those boundaries even further. From a technical standpoint, these cards are a true leap forward, it just remains to be seen if developers take up the tech on masse and if the price of the cards isn’t prohibitive to consumers. I hope that the take up is quick though because now I have seen the future, everything else is a little duller by comparison.