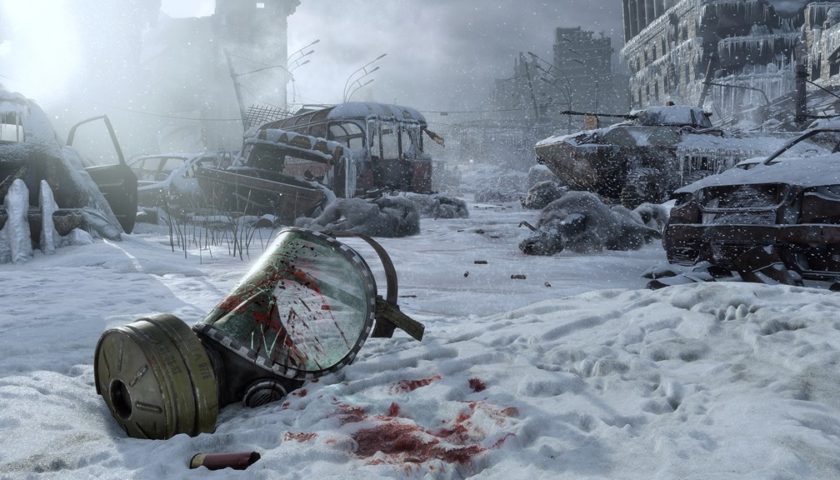 I have made no secret about my love of the Metro franchise. The dark, depressing yet utterly enthralling games have won their way into my heart. So to say I am excited about Metro: Exodus would be an understatement. I did have some apprehensions though, how would the move to the surface of wasteland Russia change the feeling of the game? After all so much of Metro’s appeal lies in the tension created by claustrophobic tunnels and caves. Thankfully I can say the demo put most of my concerns to rest.

The demo I played started with me waking up on a river shore, being rescued by a strange, tribal-like person. The goal was to then locate this person that rescued me and find out what the hell was going on. The first thing I noticed that despite the game being set in the wilderness, the developers have managed to still create that oppressive feeling the series is known for. Dark, drab forests and ruined villages abound, creating a sense of dread around every corner. That feeling is only intensified by the enemy design. Crazed warriors in hodgepodge armour, mutated wolves and bears and spooked, yet deadly deer were my opponents in the demo and they have been created in such a way as to further the feeling of desperation, of struggle that is a hallmark of the franchise.

The weaponry on display still retains the homemade appearance and as such isn’t the most accurate or reliable, but that only adds to the game’s overall aesthetic. The one new addition to the weaponry is a crossbow and while it still looks like it was put together from scrap and sticky tape it is both accurate and silent. The other bonus for the crossbow is that ammo is craftable from scrap, so in a game that ammo has always been scarce I can see the crossbow being an essential addition to the kit bag.

The most noticeable thing about Metro: Exodus, however, is the graphical quality. This is a stunning game. That was only helped by the fact I was playing the game on a killer PC sporting the latest NVIDIA RTX 2080 card, making full use of the ray tracing technology contained within. Talking to the NVIDIA rep present, he explained that the developers used ray tracing to manage dynamic lighting in game and I can tell you it shows. Using a cigarette lighter as a light source (something from previous Metro titles) showed me perhaps the most realistic looking flame I have ever seen in a video game. The way shadows and light danced in dark corners was stunning. Even the most jaded of gamers will be impressed with this one. Trust me.

In all my time with Metro: Exodus only makes me want to play the full version even more. My worries about the game not maintaining a sense of doom and gloom appear to be unfounded and everything else on show appears to be an improvement on previous games.  The only question I have left is how will the open-world nature of this title effect the overall game? Barring this question (which won’t be answered until release I’m afraid) I feel confident in saying that Metro fans should be very, very excited about this new entry. I know I sure as hell am.