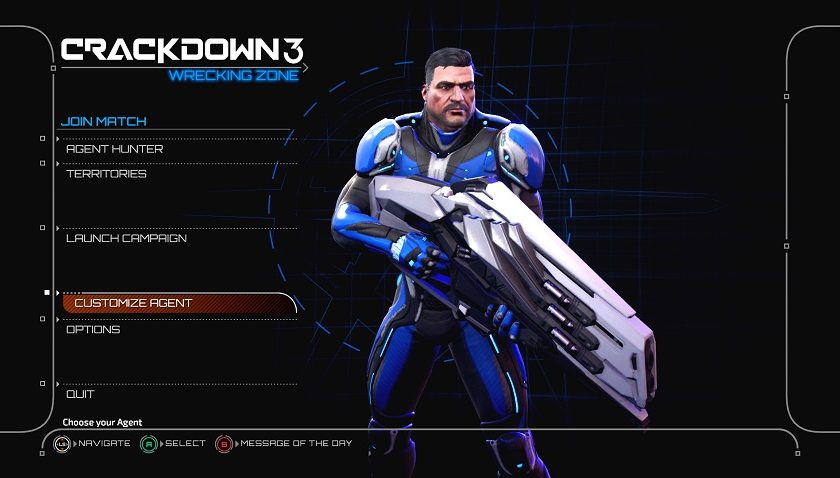 So as we saw with Chris’ review of the single-player campaign of Crackdown 3, things aren’t getting off to a great start with this oft-delayed title. Perhaps the multiplayer is the saviour, after all, it is the home of the much-vaunted cloud technology that Microsoft has been spruiking for years now. So I thought I would dive into this component of the game, lovingly titled Wrecking Zone, and find out for myself.

Now when I played Wrecking Zone at a press event a few weeks ago I had a lot of fun, I dug the gameplay and the action was super smooth. Sadly, in real-world conditions, that just isn’t the case. Every game I have played so far has been marred by lag and jank, which is such a shame. Gone is the super smooth destruction I experienced in the demo and in its place is a frustrating experience that never lives up to its potential, potential that could still be realised with patching and further work. I can’t help but shake my head, this was a multiplayer mode I was looking forward to sinking my teeth into but in its current state that just isn’t possible.

The other major problem is a lack of depth to the Wrecking Zone. There are two modes and three maps. That’s it. In this day and age that just isn’t enough. Where are the progressive unlocks, the variety of appearance, the chance to feel like my multiplayer avatar is truly my own? These are things that are keys to successful online games and sadly they are all lacking here. Once again these are things that can be fixed, but one would be forgiven for thinking that a game that has been in the oven for as long as Crackdown 3 would get these basics right.

What makes this all so frustrating is that the gameplay is actually fun. The lock-on system is refreshing in this day and age, changing the focus from how well you can aim to how well you can move. The destruction also adds quite a bit to the title, hiding behind a wall is only a brief respite as the wall will be obliterated with the next shot. The two modes also suit the gameplay well with the first a spin on the Call of Duty classic, Kill Confirmed and the second a take on Domination. Honestly, it all makes me want to yell to the sky, there is a really entertaining multiplayer mode here, it is just buried by some seemingly dodgy netcode and a lack of content.

I am just left to shake my head that after all this time Microsoft thought it was acceptable to release the game like this. I can forgive the singleplayer mode for being what it is, it is after all just more of the original Crackdown, but the multiplayer was their real chance to shine. Sadly they have fumbled the ball and only time will tell if they can regather with patches and content updates or if Crackdown 3 will forever kill the franchise.