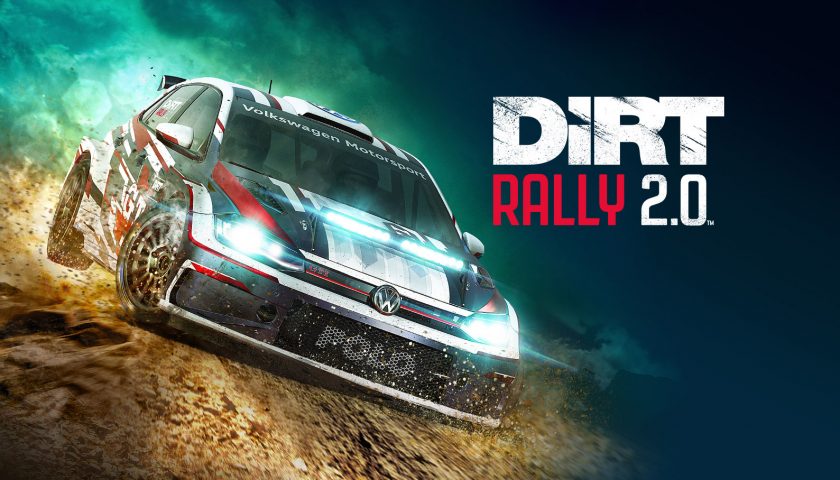 Similar to its predecessor, Dirt Rally 2.0 is a punishing but rewarding rally sim that demands your complete focus and attention. The challenge of hurtling a thousand kilos of metal across the narrow, gravelly roads of New Zealand in the dead of the night through pouring rain is enough to make even the most skilled of players crack under the pressure. Although the pain of misjudging a braking point and hurtling into a ravine with the stage end in sight will be enough to push most away, the thrill of cleanly navigating the precarious point-to-point rally courses, or the bump-and-run nature of rallycross, along with an excellent physics model that’s both challenging but gratifying, will keep rally fans coming back for more long after the final car has crossed the line.

You’re given two cars from the off; one an old banger with barely enough power to climb a hill, and the other spritely front-wheel drive rallycross car that’s light and nimble, and they’re yours to use and enter into whatever competitions you like. You could choose one of the career races–usually, a championship event made up of multiple stages or races–or take on one of the daily or weekly challenges. These pit you up against the rest of the multiplayer leaderboards, with the fastest times getting the largest reward at the end of the day or the week, depending on the challenge.

Interestingly, the cars you enter into an event become unavailable until that event is completed, meaning you can get into a scenario where you’re stuck in a long championship but want to run a daily challenge, only to find you’ll need to buy a new car or quit the championship to do so. Things like this feel needlessly limiting, especially given that money can feel a little tight in Dirt Rally 2.0. Prize money goes out the door just as quickly as it comes in, especially if you’re having trouble keeping your car on the road or out of trouble.

Crash and damage one of the early game cars that’s given to you and you’re fine, all the repairs come for free. What stings is when you crash a car that you bought, and you watch the dollars fly out the garage door as the repair bill comes in. You can elect to do some of your own repairs, even quick repairs if time in the service area between stages is running short. But damage a part enough and it’ll require a full replacement, costing you valuable money and time. Run over your allotted service are time between stages and you’re given a hefty time penalty that can be difficult to come back from.

If this all sounds quite harsh and difficult to manage, it’s because it is. There are no rewinds here, only a set number of restarts and the hope that you can somehow drive for ten minutes at a time without making too bad of a mistake. But nothing about rallying is easy. The point to point courses are all picturesque and have various different traits, like the twisting, dangerously rocky-laden turns of Argentina to the dusty, fast and bumpy dirt tracks of Australia. Each locale feels uniquely laid out, offering a good variety of challenge as well as scenery. Rallycross is set across a number of real closed circuit tracks; they’re shorter, more repetitive nature offering much-needed respite between the much longer rally events. Although I do wish AI we’re more of a challenge early on, as you’ll quite easily leave them in the dust in the lower competitions ranks. It’s not until later that they begin to pose a greater threat.

The historic front wheel drive cars can be thrown around with almost reckless abandon, while rear wheel drive and four-wheel drive cars need a little more finesse to slide around without taking out your suspension on a fence or ditch, thanks to their vastly more powerful engines. Yet they also offer some of the most rewarding driving. Slipping across the track surface then jamming on the accelerator to make the car pull itself out of a corner slide feels wonderful, as does nailing a handbrake turn at speed to perfection. If you’re struggling with some of the more finer controls, numerous driver aids will help you keep control of your car in even the wildest conditions, although those with a steering wheel and pedal set will want to turn these off to get the most out of each car.

Track conditions can change on a dime, with rain moving in or clearing out, depending on where in the 150+ car running order you sit in for the event. The earliest cars will take off the top layer of gravel so the cars around the middle of the order will have a clean track to run, although the late running cars will have to deal with a slicker, more ground-in surface. You can certainly notice the difference depending on the condition of the road with grip breaking away much earlier on a worn road, while in good condition the tyres will bite harder into the track surface.

Each event feels vibrant and full of life, which is hard to appreciate while driving but shown off beautifully during replays. Rally courses are littered with fans and officials, as well as the occasional abandoned car that’s gone off and had an incident. You can have plenty of your own incidents as well, with heavy bumps or crash damage causing serious handling problems, or even failures. At one point I was hurtling through the New Zealand countryside, after midnight, in the pouring rain. I took a jump a little too hard and landed with a thump so hard that my headlights started to flicker out. For almost 3 minutes I tried to hang on and keep the car on track while my lights flickered on and off. I was certain they would fail, but they thankfully held until the next service area where they could be replaced.

While it has a couple of rough edges, like a bored-sounding co-driver glumly declaring when you’ve won a stage or a few flickering textures from time to time on the PC, Dirt Rally 2.0 feels razor focused on recreating the sport in its title, almost to a fault. While rallycross is approachable fun more on the level to a modern racing game, the real meat and bones here is the point-to-point rally, which is brutal and unrelenting in its demands for player perfection. It’s pure joy for enthusiasts, offering a detailed and engaging driving experience to those who are after the sort of thing that hasn’t been on offer since the days of Richard Burns Rally.