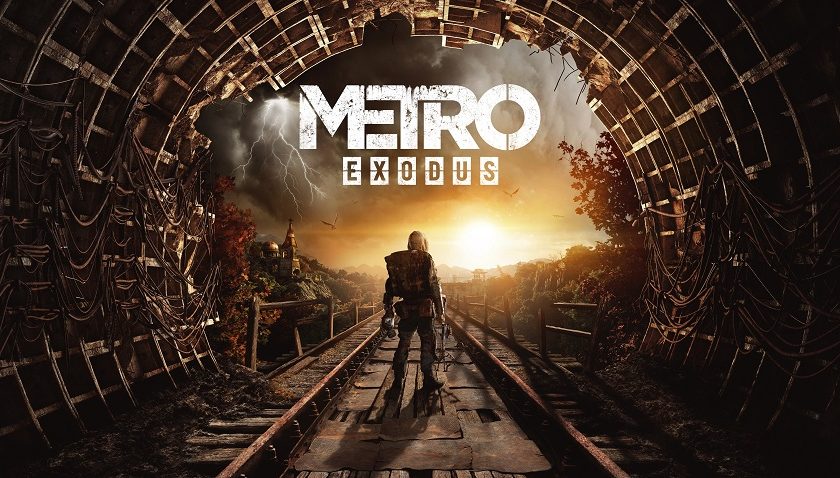 The Metro series has always been a little bit like that friend of yours who is always generous with their time, but never quite tells you everything about their life. They hold a few cards close to their skin, like the existence of a secret brother or nasty back growth. As such, playing Metro Exodus can feel a little unwieldy if you’re used to games that constantly hold your hand and throw up tutorial explanations every two steps (that is, almost every modern title).

We’ve braved the radioactive wastes ahead of you and can report back with some of the main survival tips that will help you get the most out of the game. Some of these are just flat out not explained at all, so we’ve saved you a few minutes of menu-diving or web-searching. Ready that mask, Ranger, we’re going in!

(Note: we played Metro Exodus on Xbox One, so you’ll have to perform the incredible mental calculation of converting these control tips to PS4 inputs. As for PC, the controls are mapped quite well so just check out your menus.)

There are several moments in the game when you’re asked to holster your weapon, but not actually told how to do so. All you have to do is push down the d-pad’s right arm for a couple of seconds. Now, unlike me, you won’t accidentally discharge yourself in church!

In a similar vein to holstering, removing your mask or putting it on is not explained. It’s just assumed you remember how from the previous games. All you need to do is hold down on the d-pad.

Pressing LB makes you do the coolest thing in the Metro series: wipe your mask with your huge, gloved hand. There aren’t too many reasons to do this in Exodus, untill the later missions at least, but I like to do it a lot anyway because it’s awesome.

Crafting on the move makes its debut in the series and resources are low, scarce and hard to come by. Even so, whenever you’re in a tight situation, there’s a good chance that you have enough in your backpack to craft a med-pack or something else to help you survive. Just hold LB and press A to get Artyom crafting. Do this often. I’ve even done it in the middle of a firefight and emerged victorious, so it’s a handy habit to get into. For the really cool stuff – weapon mods and bullet variants, you’ll need to craft at a bench, which can be found dotted around the maps at various hidden camp spots or back at your main camp (I’m being deliberately vague to avoid spoilers here).

Always Check in With Tokarev

This guy is your personal Q and will almost always have some new gadget or upgrade or bullet type whenever you enter a new area. He will often call out to you whenever he has something new, but it’s worth looking around for him whenever you’re back at base camp just to make sure his weapon bench doesn’t contain something extra.

Fire Bullets Are Expensive, But Worth It

A little while into the game, Tokarev shows you how to craft fire bullets for your pressure gun. These KICK ARSE! They are super expensive, but one bullet will kill just about anything by setting it on fire and there’s even the likelihood that it will spread to other assholes close by. There are several moments in the game when creatures harass you constantly and I found fire bullets to be the perfect Kryptonite to get rid of them quickly. Just try to be a decent aim and don’t waste them.

Use Quick Save Often

Exodus does auto-save quite often, but when you’re out in the open world, six to ten minutes of unsaved progress can be quite a lot of effort to replay if you fall victim to the harsh landscape and/or its various nasty creatures. To combat this, get into the habit of bringing up the menu and quick-saving often. This not only saves you time on reload, it gives you some confidence when approaching bandit camps and battlements.

On Each New Map, Take Time to Binocularise

I don’t think that’s a word, but it sounds cool. The way your map works in Exodus is that main objectives are added to it automatically, but in order to make note of some of the interesting locations worth exploring, you need to equip the binoculars, look through them and then zoom in with RT. Move slowly across the world and you’ll hear a little click. Hold it steady for a few seconds and it will calibrate and mark what you’re looking at on the map with a small question mark symbol.

After a few short missions, you’ll receive an upgraded bracer on your wrist that contains a handy compass point. This always points in the direction that you should be going. It sometimes likes to direct you into rock cliffs or swampy waters, but by and large, it’s a very useful tool and worth keeping an eye on during play.

There’s something of a loose morality system at play in Exodus. Sometimes when you choose to kill (press Y) or knock out (press X) certain enemies, the screen flashes brightly for a little bit to indicate the significance of your choice. We aren’t sure yet what effect this has on overall gameplay (it’s likely just linked to an achievement), so it might be worth choosing early on if you’re going to try and stealthily knock out bandits rather than stab them to death.

Exodus is designed to accommodate stealth. Almost every camp and compound can be beaten without raising an alarm, just by taking your time and looking for places to squeeze past guard patrols, turn off lamps and sneak behind bandits for silent takedowns. But hey, if you want to waste your bullets on complete mayhem, we can’t stop you!

Use the Creatures of The Night

Exodus features a full day/night cycle on several of its maps. You’re free to set out at either time, the only difference being that at night time there are more creatures roaming the world (as well as other weird shit like electrical anomalies), while the bandits snuggle up in their camps for the night. During the day, you risk running into both, but of course, you can see them much easier. One of my coolest moments was during the cover of night. I’d spied some bandits holed up in a small building that was perhaps once a fuel station. One crack of my zoomed-in rifle took out the sentry on the roof. However, the noise stirred a nest of nasty zombie-like creatures. Luckily, I had not been seen by either party, so I snuck to a ladder on the side of the building, climbed to the top and enjoyed a carnage show as the bandits’ position was overwhelmed with swarming creatures. A few moments later, when things had died down, I methodically looted the bodies and camp.

Bullets are scarce in radioactive Russia, and Exodus does little to help you out if you waste all your ammo. During some of the game’s more linear sections, particularly those where enemy numbers simply outweighed my ability to kill them, I found that favouring the crafting of med-packs over bullets helped me to get through these situations. Sometimes, I simply ran through flocks of creatures, while other times I absorbed a few shots by bandits in order to rush their position and take them down with a button prompt. A quick heal and I was ready to keep going. More importantly, my meagre collection of bullets remained intact for when I absolutely needed them.

Save Molotovs And Grenades for Forced Combat Situations

As the heading says, there are quite a few moments in Exodus when you’re forced to fight. I’m not a fan of this design choice, but I did find that having a few grenades and/or Molotov cocktails on hand helped me to survive these situations. An elite, armoured enemy can be dealt with in this way without spending all your ammo. Likewise, three or four bandits grouped together will turn to jam once you lob a grenade in their midst.

We could go on, but the true joy comes from discovering the deeper grooves of the game yourself. We hope these tips give you the confidence to brave the wasteland. Who knows what, or who, you might find? For the mother country!