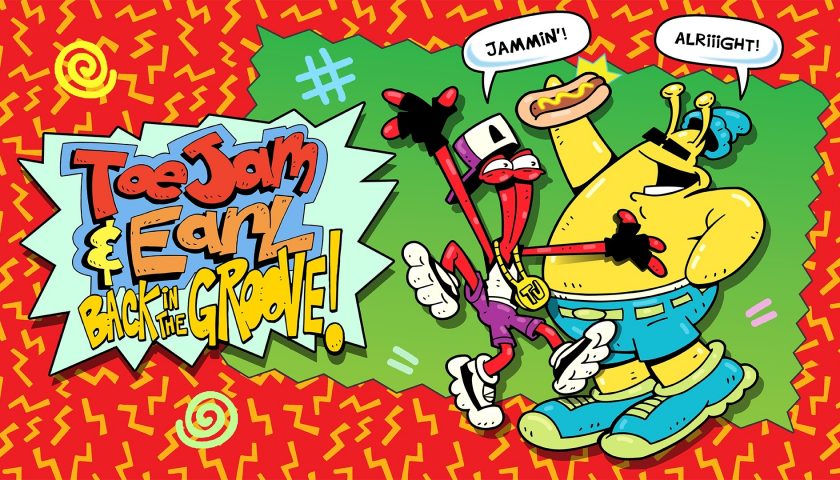 ToeJam and Earl: Back in the Groove – Mega Drive Mediocrity

From the moment I loaded up ToeJam & Earl: Back in the Groove, my mouth was wide open. I couldn’t believe it. I could not believe what I was seeing. Here was a game that was around when I grew up as a child of the SEGA consoles, and while I’d never played it back then, I was certainly aware of it. Now I finally I had the chance to play it, in 2019, and you know what?

Not everything from the 90s needs to make a comeback.

Without the benefit of nostalgia or a proper callback to my childhood, it completely failed to miss the mark. If I’d had the original on the Mega Drive, maybe I would’ve loved this, or been embedded in its context deep enough that I may have overlooked its trappings. But I’m not.

Perhaps I’m not the right person for the job. Not the one with the life experience to look over what a new ToeJam & Earl game means in the modern world because there’s something about encapsulating the culture that the characters draw from within an alien other. What might have been an endearing, if tonally questionable take in the era of its original release, becomes a source of trepidation when the world’s awareness has shifted. If you’re using the “cool” of a culture, but removing those who created the culture and instead bestowing it on non-human characters, what exactly do you think that says?

You can’t separate the game from this, because the essence of the game hinges on the acceptance of its setting. There’s no ToeJam or Earl without it.

As far as the gameplay itself is concerned, you walk around a set of levels with varying climates or lighting, searching for the ten lost components of your crashed spaceship, so that you can repair the ship and escape your peculiar environment. You do this by wandering around, avoiding some of the humans and engaging with others. You collect cash, presents and food, which will either let you buy things and pay for services, gain a special effect such as flying or teleportation or restore your health.

Presents might need identification, though you can still use them. Some have hyper effects. You can level up as you go if you talk to the right person. There are secret paths. You can sing out to find things that can be shaken. You can shake the things and out drops cash, presents, food or humans. These are all facts of the game, and there’s no synergy to them, no thematic purpose. They’re simply things that exist.

There are some segments where you can partake in a rhythm game or a strange ‘hyperzone’ platform level. From there you’ll get XP, but it sadly these sections don’t add to the game’s enjoyment. A few of the present effects (such as rocket skates or hi-tops) do make your play a little more interesting, but it’s shortlived. Even certain aspects such stop you from interacting with the friendly humans unless you wait them out, it just feels clunky and poorly designed

The game can be played with others (split-screen or online), and that’s essentially the game. It’s not fun. It’s not funny. It’s just a frustrating mess of cringe. Except it wants you to know it’s also cool, and all I could do was stare at its supposed coolness, mouth agape, wondering who beyond fans of the original could ever want to spend time with ToeJam & Earl. It is, to date, the worst game I have ever reviewed.