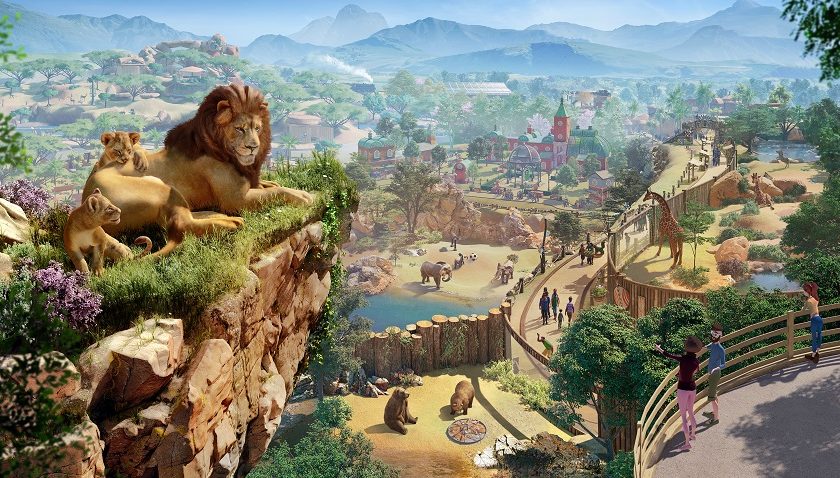 Frontier Says This is the Zoo for you

It is an age-old strategy that we teach our kids responsibility for other living things by letting them look after a variety of different animals. Most start with a fish, graduate to a bird and get their postgraduate experience with a small mammal.

Frontier thinks we should all start with giraffes, as they provided further insight into their new zoo sim, Planet Zoo, during E3’s PC Gaming Show on Monday.

Frontier has been behind other “recreation sims”, and I use that term very broadly because those sims include Jurassic World Evolution, Planet Coaster and Zoo Tycoon. Framed as a spiritual successor to Zoo Tycoon, Planet Zoo boasts the most lifelike animals in a zoo simulation game – animals that “think, feel and explore the world you create around them.” The game not only provides a sandbox mode (where I assume you can hop some kangaroos in with those buffalo for interest and potential disaster) – it also engages you in a considerable campaign to create the best animal habitats for all creatures in and visitors to the zoo. The gameplay trailer introduces us to a variety of African and North American fauna to start, but I hope for other regional animals to also be available in the game.

Planet Zoo is available for preorder now on Steam, to be released on 5 November 2019. The game comes as a standard edition, but also provides a digital deluxe edition that provides access to a pre-launch beta, wallpapers, original soundtrack, and three exclusive animals for your zoo (the Komodo Dragon, Pygmy Hippopotamus, and Thomson’s Gazelle). Pygmy hippos are worth the extra US$10 and you can fight me if you disagree.