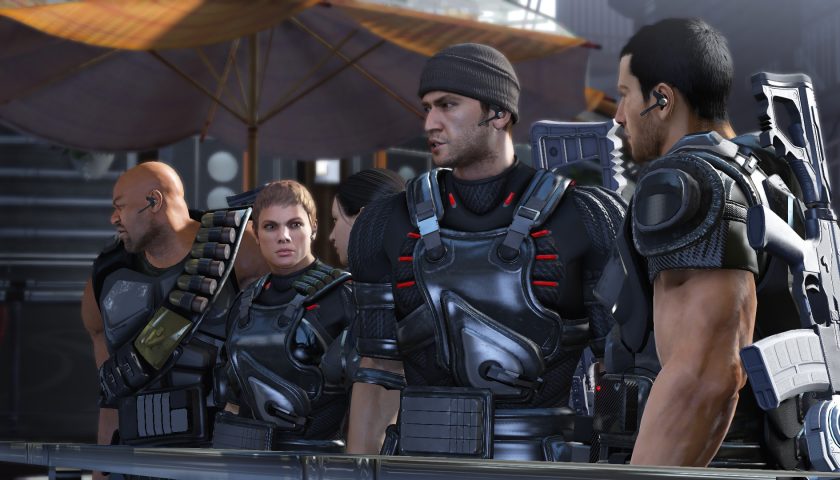 1. Knights of the Old Republic 3

Honestly, who doesn’t want this game? Even my grandma wants it, if only to stop me banging on about EA and their stubborn refusal to make it. But here we are, wishing to the Sith Lords that Bioware would stop being terrible and start making good games again, praying that one day we get a proper ending to the Revan saga ( that weird thing they did in The Old Republic doesn’t count.) But we only have ourselves to blame, If EA didn’t make billions of dollars every year on their “Highly Ethical and not-gambling-at-all Surprise Mechanics”  then they would perhaps make the single player RPGs we all desire and not loot box infested games that exist only to entice players into spending more money and not in servicing the Star Wars fan base in any meaningful way…*deep breath*

Sorry, that got a bit dark, didn’t it?

Another trilogy finale gamers in the know want,  but will never get. Crimson Skies is a fantastic series and its last entry, High Road to Revenge was one of the best games on the original Xbox. Fantastic dogfighting in a not-quite-arcade-not-quite-simulation flying game with a fantastic steampunk aesthetic. Crimson Skies was as unique as it was well loved. But then something happened, the lust for flying games of any kind seemed to leech out of the world. No more fighter jets, no more Xwings and no more souped-up bi-planes with rocket launchers (don’t ask about the physics of that one, just go with it.) The world moved in the direction of the FPS and from the late Xbox period on nothing but shooters hit our big black boxes. Microsoft gave up on Crimson Skies for Call of Duty, Halo and Gears. So really it is all the dude-bro’s fault that we haven’t seen a sequel to this classic and while there are some signs of aerial combat games making a comeback, I think, sadly, Crimson Skies won’t be a part of that revival.

Gamers are weird right? They see a 7/10 and run for the hills like that title is contagious with leprosy. Such was the case with the amazingly awesome 7/10 game, Alpha Protocol. Made by Obsidian, Alpha Protocol sure was a 7/10 game. It had jank by the buckets and some problematic camera work which lead to those scores, but boy oh boy was it worth looking past that. Under the problems was one of the most unique RPGs of our time and perhaps the best spy story in gaming (Sorry Tom Clancy, it is true.) But it sold a pittance because of a few issues that barely impact the game and publisher SEGA benched it. Now, many years later, it has become a cult classic but frankly, buying it for $10 during a Steam sale is too little too late. We don’t deserve a sequel to this amazing title because we just didn’t support it and that is a crying shame. It has now been removed from sale due to SEGA’s licencing deal running out so our only hope is Microsoft picks it up and runs with it, but the chances are slim.

This is perhaps the most baffling of all games on this list. Another SEGA-published title, Binary Domain was one of the best cover shooters available on any system. It had cool characters, smashing combat, some unique gameplay elements and a sassy French robot as a sidekick. Honestly what more could you want? How about 5 story high giant robots to kill? Awesome right? I just don’t know why this one didn’t do as well as it should have. Perhaps the marketing message was to blame, but really it should have sold much more than it did and we should be swimming in BD sequels by now. Really I guess we don’t deserve this title because as a general rule, humans are terrible and don’t deserve nice things.

Honestly, have we given up on these? We should have. Why actually make games when you can rake in the dosh by creating a market place for non-existent items that have no perceivable benefit. Steam trading cards are the reason that no one at Valve has to work anymore, I mean they don’t even moderate what games they sell. It is just Gabe with a few buddies eating meatball subs and swimming through piles of cash Scrooge McDuck style. What’s worse is they have a legion of fans that carry on like a kid who has just dropped his ice cream whenever someone dares come along to challenge Steam or say something disparaging about them. We created this monster, now we have to live with it. We will never know what happens to Gordan Freeman and it is all our fault.