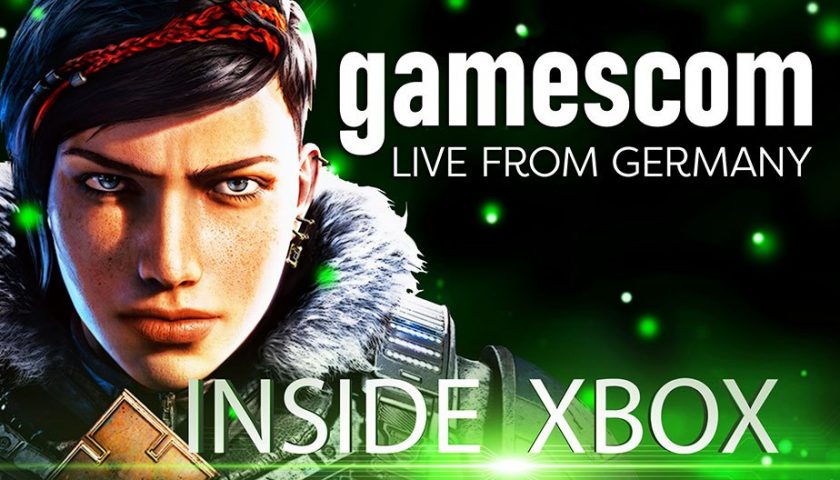 The Inside Xbox shows have always been a little hit and miss. Some have been chock full of good stuff, while others have felt a little flat. Well, thankfully last night’s was of the former variety with a tonne of new info, game pass additions and trailers to enjoy. We got to see Idris Elba in action with NBA 2K 20, PUBG crossplay, release dates for Age of Empires 2: Definitive Edition and a whole lot of Gears 5. In my mind, it is probably the best edition of Inside Xbox we have seen yet. Here is the full rundown straight from the horse’s mouth… not that I am saying Microsoft is a horse… oh you know what I mean.

We revealed the all-new Gears 5 Horde mode, which adds new gameplay features and the Ultimate abilities to this signature mode. Every Horde character will have a unique Ultimate ability; this extends to cross-over characters like Sarah Connor from “Terminator Dark Fate,” and Kat and Emile from the newly announced Halo: Reach Character Pack (included in Gears 5 Ultimate Edition). Additionally, we’re extending our collaboration with AAPE, so if you missed the tease that dropped at E3, you’ll have another chance on August 30. Lastly, we confirmed the Gears 5 is now available for pre-purchase on Steam and will launch on all platforms at the same time.

For more details on all the Xbox Game Pass news this Gamescom, check out the full blog post here.

At E3 we announced X019, our global celebration of all things Xbox, will be coming to London this November and here at Gamescom, Xbox’s Aaron Greenberg revealed that X019 will take place November 14-16 at the Copper Box Arena in London, UK with a special episode of Inside Xbox kicking off all the incredible news, world-premieres and reveals on November 14, followed immediately by Xbox FanFest.

On November 15 and 16, X019 will include never-before-seen playable demos, developer panels, Xbox gear, and incredible experiences we can’t wait to reveal later this year. Tickets will go on sale Tuesday, September 24. Tickets will be priced at £19 per session with all proceeds going to charity. For more info on how you can attend X019, read the full recap of our news here.

Age of Empires II: Definitive Edition Gets a Release Date

Helping to kick off our X019 celebration, Age of Empires II: Definitive Edition will launch November 14, 2019. You can pre-order right now for $19.99 and it will also be available for Xbox Game Pass for PC which includes the 4K remaster, complete with a brand-new campaign, and all the expansions and content from the original release.

The team also announced that Age of Empires II: Definitive Edition will be released on Steam as well, and even better, it will support cross-network play between Steam and the Microsoft Store, so you can play with anyone, regardless of what platform you or they own the game on. For full details, check out our full news post here.

Gears POP!, the free-to-play, real-time multiplayer mobile entry in the Gears franchise will be available on Android, iOS, and Windows 10 in just three days on August 22. The team also confirmed that cross-saves will be enabled across all three platforms, so you can move from one device to another and maintain all your progress. You can pre-register today, so you’re all set when the game releases on August 22

Controller reveals are something of a tradition on Inside Xbox, and at Gamescom, we brought two brand-new entries to show off to the world. The aptly named Night-Ops Camo Special Edition brings a rugged look to the fore with a black, grey, and metallic gold camouflage pattern, as well as etched trigger grips to help your fingers stay on point in even the tensest encounters.

The team also unveiled the Xbox Wireless Controller – Sport Blue Special Edition, which leaps off the shelf with a vibrant blue design with metallic accents and a rubberised diamond grip. Read our full announcement here.

One of the biggest changes in Season 4 is a massive, stunning visual update to the original PUBG map, Erangel. Many of the famous landmarks, such as Military Base and Mylta Power have seen upgrades and beyond the new look and feel, fans can expect newly balanced weapons and vehicles. And keep a sharp eye out, as secret clues have been added that help develop the lore of Erangel and give fans a sense of what happened on this dangerous island.

We also announced a much-requested feature, cross-platform play for console! This will allow Xbox players to join matches and compete against PlayStation players, enabling matchmaking to draw from a larger pool globally and offer more competition for players. The PUBG team is aiming to have the cross-platform play feature on the Pubic Test Server (PTS, a free download from the Microsoft Store) in late September and release to live servers in October

Season 4 also introduces Survivor Pass: Aftermath, which allows players to unlock over 100 rewards, as well as brand new cooperative missions, which allow the community to work together to accomplish special milestones to unlock new rewards.

PUBG Season 4 will launch on Xbox One on August 27. For more, read our full announcement here.

Leading off the show was the reveal of Ghost War, the intense, tactical 4v4 competitive multiplayer mode that will launch with Ghost Recon: Breakpoint on October 4. Ghost War, which will take place on dedicated servers, rewards communication and cooperation within teams amongst the open and diverse maps on offer. The Shared Progression system also ensures that whether you’re playing PVE or PVP your character is always evolving and progressing.

Wasteland 3 also debuted a trailer chock full of brand new gameplay, including the first look at the mysterious Patriarch, who lures your Desert Ranger from the post-nuclear wastes of Arizona with a promise of aid if you can help rescue his land from the grips of his three bloodthirsty children. The new trailer also showcased the first footage of the Kodiak, an upgradeable battle-truck that will play a key role in the game. We also saw the new precision strike system, where players will be granted a first-person view, allowing them to target enemy weak points, adding an additional tactical layer to a series known for its strategic approach to combat.

At E3 Romero Games and Paradox Interactive gave us a glimpse at the noir stylings of 1920s Chicago in their upcoming title, Empire of Sin, but at Gamescom we were treated to an interview with both Brenda and John Romero, who provided a first in-depth look at the gameplay that will drive your experience through the criminal underworld.

Metro Exodus debuted its first major story expansion, The Two Colonels, which harkens back to the series’ roots with a tense, claustrophobic journey through Novosibirsk. As the name suggests, you’ll take control of two brand-new protagonists, Colonel Khlebnikov, who you’ll journey with in the last days of his life, and Colonel Miller, who will investigate what befell his fallen comrade.

The Two Colonels will also offer a brand-new tool for exploration and eradication: the flamethrower! Like the classic Tikhar, you’ll need to pump up the flamethrower to maintain its power and effectiveness. This first expansion is the first or two promised new storylines, with the even larger Sam’s Story set to release in early 2020.

The upcoming Shadowkeep expansion for Destiny 2 returns players to the moon, and Bungie Game Director Ben Wommack was on hand to not only discuss the mischief Eris Morn is getting into, but also reveal a definitive look at the final Finishers that Guardians will wield when the expansion drops on October 1. Likewise, we got a better look at how fans will be able to increase their personal challenge level to create their elite Guardian.

So there you have it, quite the showing don’t you think. If you missed it you can watch the whole show in the video below and make sure you stay tuned for more Gamescom coverage right here on Player 2.