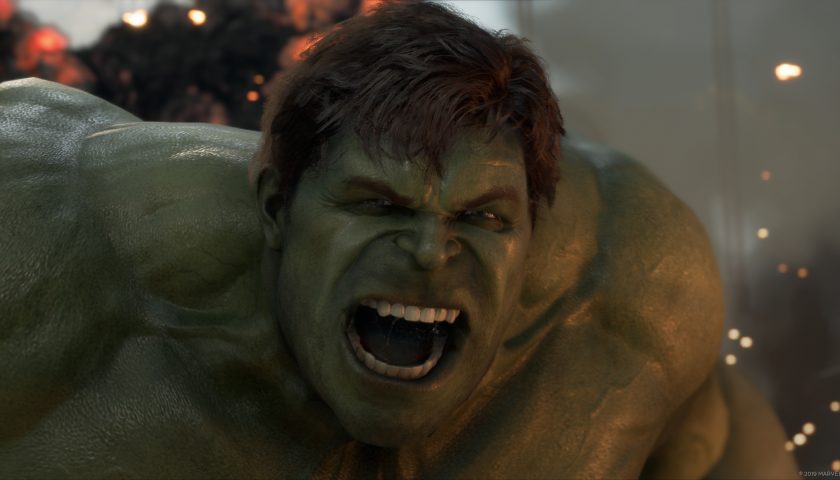 We Finally Get to See Nolan North, I Mean Captain America In Action

Crystal Dynamics has released the first official footage of their Marvel Avengers game, however, it comes with a caveat. That, unfortunately, is that it is the same pre-alpha build footage that was shown behind closed doors at E3 earlier this year.

The gameplay footage comes in at just under 20 minutes and takes you through the prologue level of the game, setting up the events that will shape the world and narrative the Avengers will face. As it is the prologue we got to see all five of the avengers in action, and my feelings are kind of mixed on it at this point. Iron Man shoots lasers, Captain America throws his shield and Hulk smashes. The only bit that I thought was an interesting mechanic was Thor pinning an enemy against a car with Mjolnir while fighting barehanded before calling it back again.

While the level itself was extremely linear we do see that each character has two different special moves that work on a cooldown, and from the look of it, there will be some sort of ultimate move that each character will have. Oh and we saw a number of the quick-time events that all of us love.

The official synopsis is as follows:

“Marvel’s Avengers begins at A-Day, where Captain America, Iron Man, Hulk, Black Widow, and Thor are unveiling a hi-tech Avengers Headquarters in San Francisco — including the reveal of their own helicarrier powered by an experimental energy source. The celebration turns deadly when a catastrophic accident results in massive devastation. Blamed for the tragedy, the Avengers disband. Five years later, with all Super Heroes outlawed and the world in peril, the only hope is to reassemble Earth’s Mightiest Heroes.”

Now I don’t know why Square Enix and Crystal Dynamics have chosen to show off the prologue instead of some juicy-er parts of the game. Maybe they are worried about spoilers. Either way hopefully in the future we will get some footage from parts of the game that is not the prologue before the release date of May 15 next year.