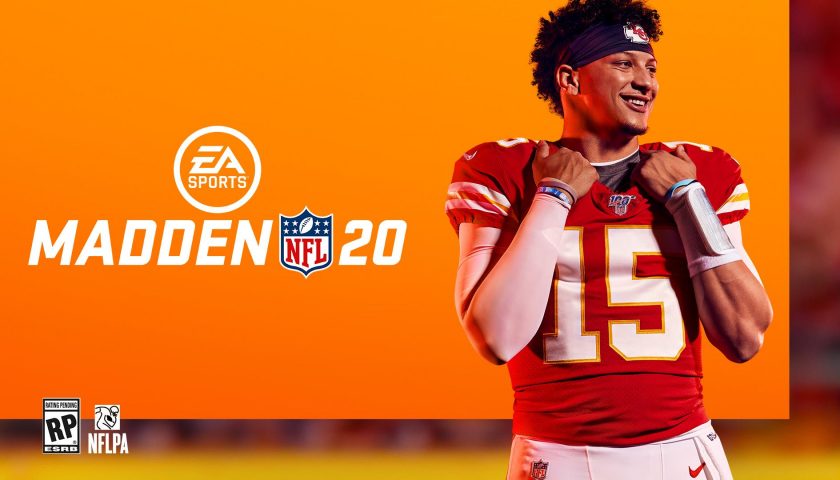 Madden 20 – Another Toss of the Pig Skin

Madden, EA Sports’ long-running American football series, holds a special place in my heart, supplementing my NFL obsession since 2007’s Madden 08 featured Vince Young on the cover. Strangely enough, the Nintendo Wii version of Madden 08 is the game I recall first using my now-commonly adopted online moniker, “BibbyBhoy”. Set to the eclectic sound mix including Queens of the Stone Age and Timbaland, the running back known as Bibby Bhoy tore defences to shreds on the regular.

While no Madden has since captured the thrill of learning a new sport with 08, I’ve dived in every few years to suss out the graphical and gameplay iterations they bring. 12 years and Philly’s glorious 2018 Super Bowl later, Madden 20 maintains the series’ high standards, introduces a fun wrinkle to the career mode, but doesn’t quite fight for the extra few yards to truly astound.

Starting with Madden 20’s new career mode variation, QB1: Face of the Franchise, you get the chance to create a quarterback (QB) who plays in the collegiate championships prior to getting drafted by an NFL team. Like many of the big-budget sporting titles, QB1 contains a light narrative to add a little drama and weight to proceedings. As part of the brief story, you’ll get the chance to choose from various dialogue options to impact your player’s attribute statistics for the big leagues. For example, you can choose to specialise as an old-school QB who stands and delivers from the pocket, or favour dynamic mobility like Madden 20’s cover star, Patrick Mahomes. Although you won’t be encountering any Academy Award-winning screenwriting, nothing ever lingers longer than it needs to – unlike some of NBA 2K’s horrendously heavy-handed stories in recent entries.

Once the QB1: Face of the Franchise’s scripted moments conclude, it then plays out closer to the generic career modes of old; navigating menus and responding to occasional text messages paves the way for player development in between playing football. It doesn’t blow my midnight green socks off, but the relatively hands-off approach to a career mode allows for more time playing the sport, which is where Madden 20 is at its strongest. However, I’d love for these career modes to focus on positions other than QBs, for variety more than anything else. Where’s the mode for living the punter’s rockstar lifestyle a la Pat McAfee, or for retired AFL stars making money off their booming legs like Sav Rocca and Ben Graham?

“Physical chess” is often a phrase used between Aussies trying to comprehend the NFL’s many technicalities, and Madden 20 makes the physical chess feel pretty damn good. For me, no other sports game tops the high of spinning away from a would-be tackler en route to the end zone. Madden 20’s moment-to-moment gameplay thrills like Nick “Big Dick” Foles’ 2018 clutch playoff performance. Perfecting a well-timed juke out of trouble or pinpointing a pass to a receiver along the sideline just does something to generate that sweet, sweet dopamine hit.

Unfortunately, not all of the gameplay is as exciting, such as the copious amount of facemask penalties called on the defence – which I’m sure can be tweaked somewhat in the settings. Another annoyance is the QBs’ throwing animations not behaving as expected. For example, if a QB is in the process of being tackled, you almost have to accept the play is certainly dead, as the ball is unlikely to be released even if the player is in mid-throw animation. There are times where the ball is released and the trajectory is correctly affected, but Madden 20’s reliance on attributes and statistics means the outcome is solely based on the game’s number-crunching in the background. Why this is so regularly annoying is because this results in sacks (when the QB is tackled behind the line of scrimmage), causing a significant loss of yardage. With how far into the throwing animation the QB is in many of these instances, it’s more realistic that the ball would still release, albeit dropping short of its target, ending in an incomplete pass – no loss of yardage. You can almost see Madden 20 performing the calculations of play outcomes in other situations too, such as the ridiculous amount of passes AI receivers drop – particularly vexing in QB1 mode when you choose to play solely as your character. Nitpicking? Yep. Is the game still fun to play? Absolutely – you just need to play to the game’s systems.

Unsurprisingly, Madden 20’s presentation looks slick, oozing those big EA dollars. Player likenesses of the sport’s stars look incredibly sharp and detailed, while the iconic stadia are replicated faithfully. Unavoidably, there are awkward animations on occasion when player collision detection goes awry, causing limbs to flail in silly ways. Additionally, the end-of-game montage of auto-generated stills needs work on its framing; it has a thing for zooming into players’ arses – the AI’s thirst for Zach Ertz is real. Impressively for a sports title, the commentary feels broadcast-organic, naturally weaving in current observations of each team’s players among the play-by-play calling. For a complex game about a complex sport, Madden 20 performs strongly in streamlining menus and play-calling, allowing to control your experience – whether you want to only play each game’s key moments or access the full playbook on every down, it’s all there.

Of course, there’s also mainstays of the series in the Franchise and Madden Ultimate Team (MUT) modes. Depending on whether you choose to assume the role of a player, head coach or owner, Franchise offers you varying levels of control over a team, letting you get as invested as you desire. MUT is the traditional EA Sports card-based mode, where you earn cards and open booster packs to field a team of players to complete challenges and play other teams online. MUT isn’t my thing and although I respect that many love the Ultimate Team modes, I found the constant pop-ups on boot-up about the latest MUT promotions annoying and off-putting. I’m more than happy playing around in the Franchise and QB1 modes, thanks.

In writing this review for an Aussie gaming website, I feel compelled to briefly discuss how approachable Madden 20 is for newcomers to the sport. It’s difficult to answer due to my pre-existing knowledge of the sport, but, for the most part, there are various in-game tools in place to help you out. For starters, the practice modes explain in good detail about the roles of various positions and how plays are intended to work. However, these sessions might be a little too advanced for someone with no prior knowledge of the sport. When on the field in a game, you’re generally capably led by the suggested plays to save you from wading through the daunting list of playbook formations. However, the situational awareness of when to defy the game’s suggestions only comes with practice, experience and doing a little research of your own. Additionally, in Franchise mode – a mode I usually spend less time in than career – I felt a little thrown into the deep end, especially when it came to negotiating contracts and creating salary cap space. It wasn’t immediately clear what my best course of action was, and the overwhelming amount of options made it difficult to learn by trial-and-error. Madden 20 is definitely made for NFL fans, but you can certainly enjoy the game by dedicating some time to learning its many systems.

Most importantly, Madden 20 is another strong NFL game, especially if you’re the type to dip in once every few years, like me. Others may speak of the diminishing returns of the annual incremental improvements, but this review is not where you’ll find these observations. Madden 20 is good fun, with no shortage of deep game modes to engage with – that’s all that matters.

Also, if you’re looking for a team to follow, jump on the mighty shoulders of Carson Wentz and the Philadelphia Eagles. Fly, Eagles, Fly.