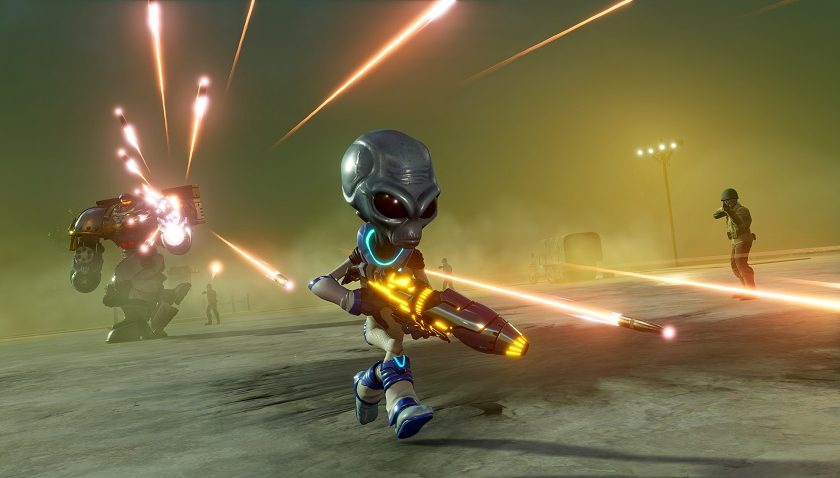 Choose Your Path to Global Domination With Crypto

Destroy All Humans has gone and released a different type of trailer than we normally see. Billed as an interactive trailer, it is in reality just a series of YouTube videos with the choice of which one to watch next but it is definitely a different way of releasing a trailer. If you want to go down the rabbit hole and see the mix of cinematics and gameplay footage you can do so here:

That isn’t all the news we have for you today though. For those of us that aren’t relegated to playing only on consoles (something I hope to remedy soon), anyone wanting to get a first look at the Destroy All Humans remake can download the free demo through their Steam or Gog accounts to practice their extermination of the human race.

While sadly I missed out on Destroy All Humans the first time around our fearless Editor-in-Chief Hewso has some fond memories of the game and after playing a demo at a preview event, found that the controls (the original release’s main issue) to be much improved.

Destroy All Humans! is a cult classic and one of the few games that will have you laughing out loud. Many games have taken inspiration from its mix of humoristic story-telling and easily accessible open-world shooter action, as well as its wide range of over-the-top weaponry. But there can only be one Cryptosporidium: the human-hating alien with the voice of an angry Jack Nicholson and a shorter fuse than a xenomorph on steroids.

After watching the trailer the game feels like it would be the perfect vector to expunge various frustrations and stress after a long day at work. Destroy All Humans is currently available to pre-order digitally on PC and Xbox One and will release July 28 on PC, Xbox One and PlayStation 4.