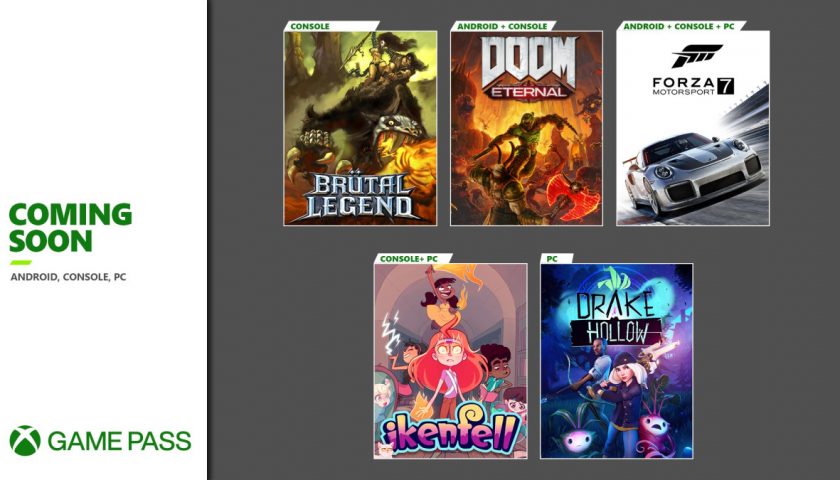 In what has become a regular monthly occurrence, Microsoft has revealed some of the new titles making their way to Game Pass in just a few days on October 1st. With Microsoft’s acquisition of Bethesda, we see the first of what will surely become a lot of Bethesda games on the service with the console version of Doom Eternal. For those who want a bit more demon-slaying shenanigans fuelled by a Heavy Metal soundtrack, the cult classic Brütal Legend joins the games available on Game Pass. Never heard of Brütal Legend? Check out Hewso’s In Case You Missed It piece on the game right here.

Coming to both PC and Console we have one for lovers of racing games, with Forza Motorsport 7 available for all to play. We also have an indie game published un the ID@Xbox banner by the name of Ikenfell, a turn-based tactical RPG which puts you in control of a group of magic students trying to unravel the mystery of a missing student.

Finally for PC only we have another from the ID@Xbox banner, with co-op action village-building game Drake Hollow. While I had not heard of this one before, looking at the trailer it looks like the sort of game that Fortnite was originally intended to be, where your goal is to build up defences to protect your village from attack during the night. It looks interesting and will be one that I will check out once it is available for download.