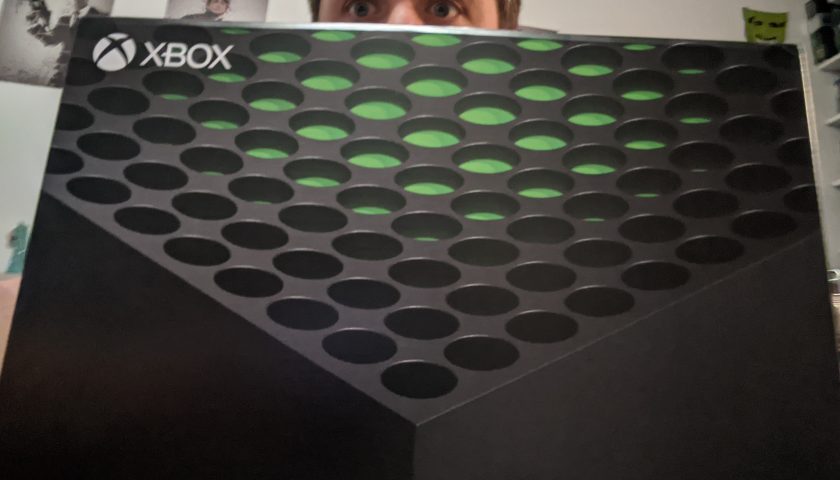 What’s in the Box? – The Xbox Series X

If it seems that your feed is filled with Xbox Series X unboxings this morning that’s because the worldwide games media have been issued with their review units and are digging into some Xbox action. Xbox Australia was kind enough to include Player 2 on this list so I have been playing and fiddling with the new console for a few days now. I can’t say too much just yet about what’s going on under the hood, but I can tell you all about it’s looks.

There is no escaping the Series X is a big boy, but it isn’t quite as big as I was expecting. It was, however, quite heavy. In fact, I probably wouldn’t trust my Xbox sitting on a dodgy bit of furniture from the $2 store. That said, the weight, outer casing and style all speak to a super high build quality. I can’t say how it compares to the PS5 but I can tell you it feels like the sturdiest and best-built console so far.

Finally, I am happy to report that it is quite a good looking unit. It fits in with my other tech gear quite nicely and it doesn’t draw attention to its self with gaudy lighting or colours. It isn’t going to win any awards for stylish design, but I think 90% of people will be happy with how it looks in their entertainment units. So that’s about all I can say at this stage, but keep your eye on Player 2 as we get closer to launch and we have more impressions of the system and games themselves. In the meantime check out my photos of the unboxing (because I left my video camera at work) and see what it looks like in my lounge room.