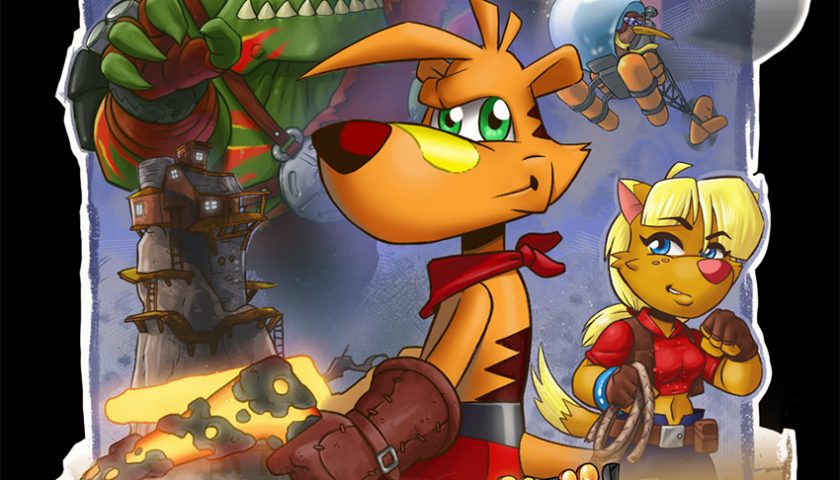 Back in the ‘Rang – TY 2 gets crowdfunded facelift

For you drongoes not in the loop, TY the Tasmanian Tiger is a series of 3D adventure/platformers created by Brisbane based Krome Studios during the PS2/GC/Xbox era. The TY series brought a distinctly Aussie flavour to the genre and spawned multiple sequels, the latest being 2015’s Ty The Tasmanian Tiger 4 which eschewed a 3D world in favour of 2D sidescrolling. It’s no secret that our Editor-in-Chief is a big fan of the series and will tout the virtues of the TY HD Switch port to anybody in earshot.

With the lowest gameplay tier sitting at US$20 and a quick turnaround, this seems like a no-brainer for TY fans or anybody with a hint of nostalgia for older 3D platformers – it’s also a given we’ll see TY 3 HD appear in the foreseeable future and perhaps even a true 3D sequel.

TY 2: Bush Rescue HD is targeting a July 2021 digital release across Xbox One, PS4 and Switch, although the higher tiers of the Kickstarter Campaign are awash with physical goodies for fans out there to get their paws on. Funding closes on the 29th of January, so open those wallets fast because while the campaign goal has been met, there’s still some stretch goals left to obtain.