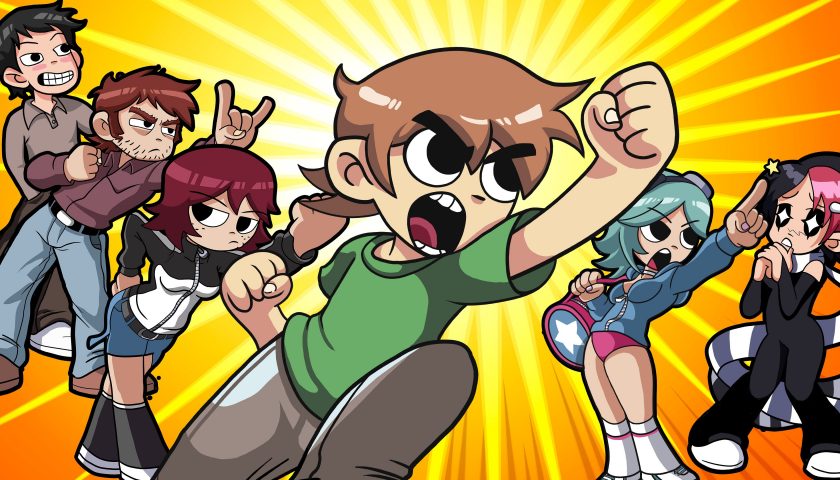 Scott Pilgrim Vs The World: The Game – Complete Edition Review – Just As You Remember It

Do you remember December 30th, 2014? If you don’t then you were probably someone like myself who hadn’t played Scott Pilgrim Vs The World: The Game, because, for those who had played it, or especially those who wanted to play it, this was the gut-wrenching day that the game was removed from digital storefronts, leaving the game seemingly in the perpetual darkness forever. Ubisoft lost the publishing rights and so the game was destined to be trapped on people’s PS3 and Xbox 360s until Ubisoft themselves intervened to regain the rights. As a result Scott Pilgrim Vs The World: The Game – Complete Edition was born, but can this 10+ year-old, now remastered, game still hold up?

Based on the Edgar Wright film adaptation of the Scott Pilgrim graphic novel series, Scott Pilgrim Vs The World: The Game is a brawler that pits Scott (and human-controlled friends if you can rope them in for co-op) against Ramona Flowers’ seven ex-boyfriends. By besting them all Scott will have earned the right to go on a date with Ramona. It’s all a bit ham-fisted, but given the source material, it’s befitting of the universe, and really doesn’t get in the way of the core playing experience.


As a side-scrolling brawler, Scott Pilgrim launched into a fairly barren space for games of that genre. In 2020/21 however, things look quite different with the likes of Battletoads, Streets of Rage 4, and several other profile brawlers having recently surfaced. A decade on, the question that needs to be asked is whether those aged mechanics hold up. Thankfully, they most certainly do, the blend of RPG systems and improvements via shop purchases holds up extremely well, and though, like in the original release, some of the perks of the various purchases could be better highlighted before you spend your hard-earned, overall, the value for money balancing act is fairly well nailed here.

Online play has been added into this remaster, while what was previously purchasable DLC for the original release, is all bundled in with your purchase this time around. All the extra modes, such as Dodgeball Battle Royal, have been unlocked from the outset as well, meaning that veteran players who put in the hard yards 10 years ago, can immediately dive into the side-shows as they see fit.

Little work has been put into this remaster, outside of simply pulling all the disparate elements together into one whole, but in many respects, not much work was required. The pixel art still holds up, the combat, while a bit clunky in some respects, is largely fulfilling, the characters are amusing, and the scenarios ridiculous. There is a weird imbalance in the remaster’s audio, with various (but strangely not all) sound effects sounding quite muted compared to everything else in the game; ratcheting up the SFX slider doesn’t seem to offset this imbalance either. Outside of that though, the core of the game remains intact and for those that loved the game a decade ago, there’ll be nothing here and tests that love at all.

Scott Pilgrim Vs The World: The Game – Complete Edition is in so many ways, a cheap, cobbled together cash-in on fans of the original title, but in an age where the risks that face our digital libraries are very real, it’s hard to complain that this game, once thought lost forever, has risen from the grave. It’s exactly as you remember it, no frills, no bells or whistles, but if you loved it then, 2021 throws you a bone and gives you another opportunity to fall in love again. If you weren’t on board in 2010, it may not strike a chord in quite the same way, but it’s a fun few hours none-the-less.

Scott Pilgrim Vs. The World: The Game – Complete Edition was played on both PS5 and Xbox Series X with the Xbox code provided by Ubisoft Australia