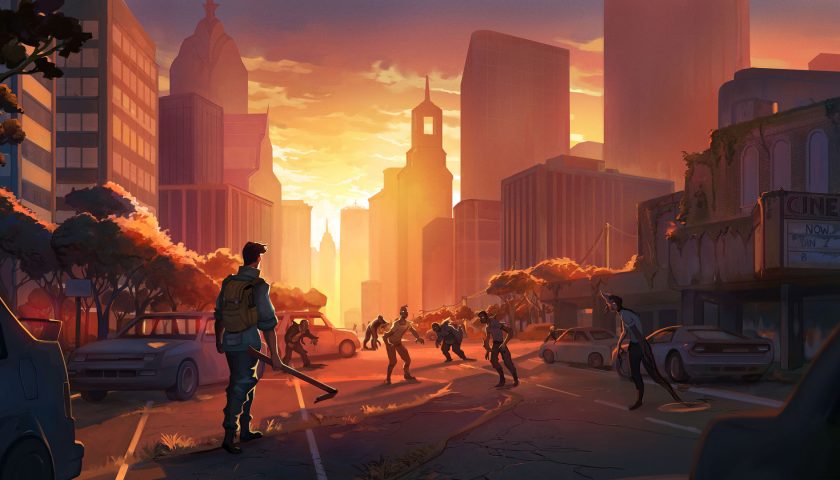 Survival games are not usually my thing. The repetitive nature of scrounging up resources to build a slightly better piece of gear or a piece of flashier furniture has always just felt like a drag to me. So it was with much surprise that Dysmantle caught my eye. Perhaps it was the isometric, cartoony look or tongue-in-cheek trailer but something about it caused me to lash out on Steam and spend my hard-earned on the early access version of the game. I’ll tell you right now, I am glad I did because even in early access, Dysmantle is a polished, entertaining title with more hooks than my Grandfather’s tackle box.

The game started with my character living in a fallout shelter. The world basically ended and after many years, I had run out of supplies and therefore was forced to head back into the world to get more and perhaps find out what has happened to humanity in the meantime. This is the first point where I found the game separated itself from the survival pack. Dysmantle has a real sense of purpose when compared to other titles in the genre. It is almost an RPG in many ways, with a strong focus on both story and side missions to go along with the traditional mechanics you would find in survival games.

The other thing I found regarding the survival mechanics is that unlike a lot of titles, the drip rate of upgrades is much quicker than you would find in something like Don’t Starve or Conan Exiles. There always seems to be a new toy, weapon or skill within reach, just needing a few more resources to get you over the line. This means there is always that proverbial carrot on the stick, encouraging players to play for “just a little longer.” On more than one occasion I found myself at the end of a 3-hour session after only intending to jump on for a quick go.

The look of the game is wonderful too.  About the closest graphical style, I can compare it with is the cartoony look of Fortnite. The world is has a surprising amount of detail and there are little touches of artistry hidden throughout. The game world is also littered with a great sense of humour. From the collectable messages from the past to the enemy design and environmental storytelling it is clear the developers wanted people to smile while living in the apocalypse, something I wish more games considered doing. Not every end-of-the-world needs to be bleak you know.

As for the early access component, a lot of the game is already there and it seems to me that a lot of what is being added during this time is simply more content in the form of story missions and new locations to explore and pillage. I mean it when I say this is already a highly polished title with tons to see and do so don’t feel like this is an EA title that you need to wait on. I have already put a good 10-12 hours in and there still seems to be quite a bit left to do before I hit the edge of the current build.

Dysmantle represents for me, the best survival game I have ever experienced. It has managed to take the tedium out of resource gathering by having an engaging gameplay loop that constantly rewards with new items, tools and locations to explore along with a story that is actually interesting and a sense of humour that is sure to bring a smile to your face. This is a game to keep a close eye on as it gets closer to version 1.0 because it really could be a defining title for the genre. After all, if it can get a survival game hater like me hooked, those who already enjoy the genre should well and truly find themselves absorbed by the world of Dysmantle.