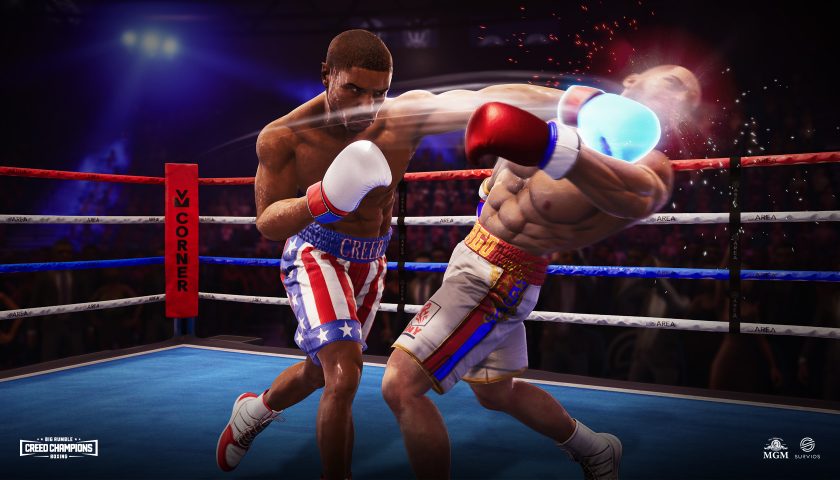 Survios games have once again teamed up with MGM studios to bring another entry in the Creed franchise to PC and consoles.  Unlike Creed: Rise To Glory, Big Rumble Boxing: Creed Champions is an arcade experience that will pit you against iconic characters from the Rocky franchise.

Featuring new stories, BRB: Creed Champions will allow you to face off against unique characters from the Rocky universe, such as Adonis and Apollo Creed, Ivan and Viktor Drago, Clubber Lang and the legend himself, Rocky Balboa.  Not only will you get to face off against these opponents but you can test yourself in sparring and training sequences as you follow the story of each character.

With intuitive controls designed for pick-up and play, this is a boxing game that promises to be easy to learn but hard to master.  Big Rumble Boxing: Creed Champions will be coming to PS4, Xbox One, Nintendo Switch and on PC via Steam on September 3rd.