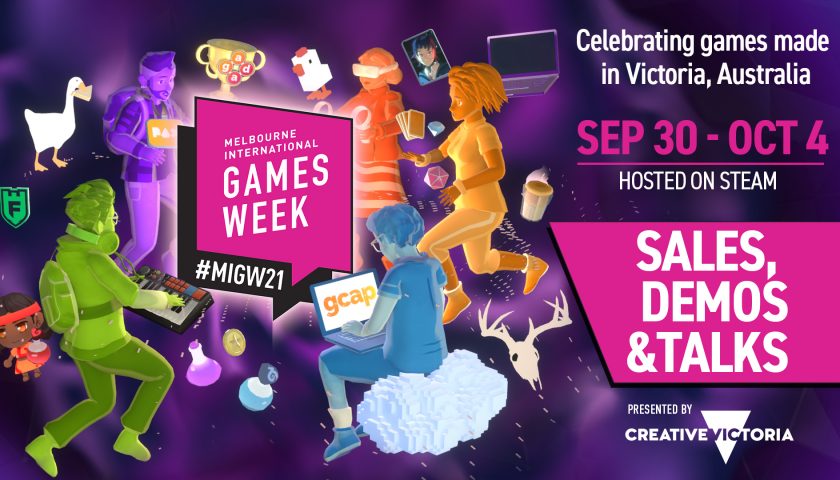 The MIGW Steam Festival will include 16 different presentations that showcase Victorian and Australian talent on the world stage. Highlights include:

The festival will also include discounts, demos and spotlights on Victorian developers and their games along with a MIGW Steam Festival Supporter pack, which includes the Armello, Paperbark, Hot Brass, Frog Detective and Feather.

The MIGW Steam Festival kicks off at the eye-wateringly early time of 3am Friday the 1st of October through to 4am Tuesday the 5th. You can get more info on all things MIGW right here: