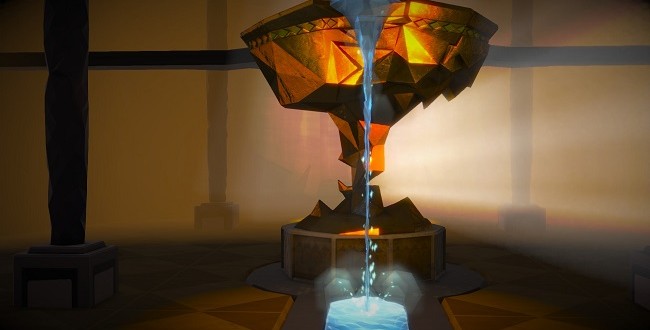 Ok here is the disclaimer. I am something of a Double Fine fanboy, however unlike a lot of older gamers my devotion is not because of Tim Schafer’s Lucasarts days. No I am a fan because of a weird little kid with over-sized goggles called Rez. Psychonauts is probably my favourite 3d platform game of all time and it holds a special place in my personal gaming history. Since that release I have been caught in the Double Fine snare. Costume Quest, Stacking, Iron Brigade and more recently Broken Age have all taken a massive amount of my gaming time. So when I heard that Double Fine wanted to take a stab at X-com territory, well I jumped right on board. Thus I became a kickstarter backer of Massive Chalice and as a backer I have been playing the game now for quite a while. As the game creeps closer to version 1.0 I thought now would be the perfect time to share some information about this promising strategy game.

Firstly to say that Massive Chalice is an X-com clone would be doing both games an injustice. You see Massive Chalice is both much more than X-com and much less. While X-com’s primary focus was superb tactical combat with light base building, Massive Chalice’s combat isn’t quite up to that lofty standard but the gameplay outside of battle is significantly more interesting.

Base building is a unique experience. I took charge of a nation fighting off a horde of strange creatures looking to destroy the world. On the world map, which served as the starting point, my main goal was to spread influence by building keeps and bases. Within these bases I could install rulers from within the ranks of my soldiers. This is where things get fascinating. These rulers are able to have children. These children, after serving an apprenticeship, add to your soldier’s ranks. The benefit to this system ia that they inherit skills from both parents. This means that if their parents had reached a high level and knew a large amount of skills they would pass these onto their children, saving them from having to level up. This is also how cross classes can be created. For example if an Alchemist, who specialises in bombs has a baby with an Archer their children will be able to fire explosive arrows.  I loved this system and all the potential for customisation it offered, in fact it is probably the single best feature in the game.

The combat, as I said before isn’t up to the standard of X-com. The basics are the same and X-com players will feel right at home but it is lacking the polish that made that game so great. There is no easy way to determine if your soldiers are in cover or if they are in the enemy’s line of sight. It is these little touches that made me long for the majesty of Firaxis’s strategic masterpiece. In saying that the combat is by no means bad, it just isn’t as good as it could be. This of course could all change with the game still being in the beta phase. I am certainly hoping so.

The game is still missing a few features in its current state, most notably difficulty settings, but according to patch notes and developer diaries a lot of features are still to come before the official release. Hopefully a few changes to the combat systems will be added to these new features because Massive Chalice has the potential to be a smashing success. At the moment however I am confident in saying its potential has yet to be reached. In its present form the game is a fun, interesting title but isn’t in must buy territory just yet.