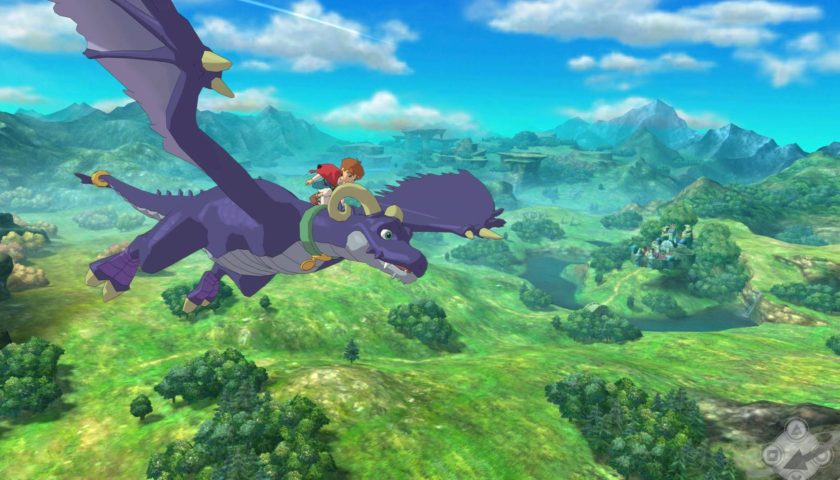 In Case You Missed It – Ni No Kuni: Wrath of the White Witch

The console was the PS3, the era was one of action games and Western RPGs, and the Japanese RPG was waning in its prominence. Final Fantasy XIII had flopped, Tales was successful but not getting much recognition, Dragon Quest was MIA, and Persona skipped the console completely… and then Ni No Kuni: Wrath of the White Witch emerged. Wrath of the White Witch was an enhanced version of the original Japan-only Nintendo DS release called Ni No Kuni: Dominion of the Dark Djinn and was finally coming to the West.

Boasting a Studio Ghibli developed visual style, merged with the talents of the roleplaying experts at Level-5 and suddenly Ni No Kuni was an enticing option of fans who’d been salivating over the prospect of a AAA quality JRPG coming to the PS3 for quite some time. When the game finally arrived in the West in January of 2013, gamers immediately fell in love with its many charms including those visuals, that Pokemon inspired gameplay, the adorable characters and the deeply moving story.

Ni No Kuni: Wrath of the White Witch tells the story of Oliver, a young boy who loses his mother in a horrible accident when he is very young. At home, as he sobs over his loss his tears land upon one of his toys and suddenly Drippy springs to life, declaring that he is from another world and that Oliver must join him in travelling to his world so that he may be able to rescue a Sage called Alicia, and in doing so, bring back his own mother. One of the more impressive aspects of the Ni No Kuni story is the connection between the two worlds. Key actions in the world of Ni No Kuni has a bearing on Oliver’s world and vice-versa. Consequently Oliver and Drippy will cross from world to world, with the goal being to change something on one end that alters something pivotal in the other world.

In the combat space, you and your two fellow party members each have three “Familiars”, Pokemon inspired creatures that can be summoned for a limited time to do your bidding in combat. They level up, just as your party does, but also need to be fed to level up their individual stats further. Each Familiar type is of a different elemental type and consequently prefer certain foods. Give them their preferred food type and their stats, fullness, and familiarity fill quicker. Give them the correct item and they can evolve into a new, more powerful creature.

Ni No Kuni told a powerful narrative, boasted a rich, filling gameplay hook and has one of the most beautiful visual styles I’ve ever seen in a game. The soundtrack is powerful, uplifting and still echoes in my head years after the game released. Ni No Kuni came at just the right time and has been a leader in the resurgence of the JRPG genre, particularly on the genres home, the PlayStation family of consoles. We’re now standing mere months away from its sequel, so if you’re yet to experience the original game, then consider this a PSA: you’re missing out and should obtain a PS3 and play this last-gen masterpiece.