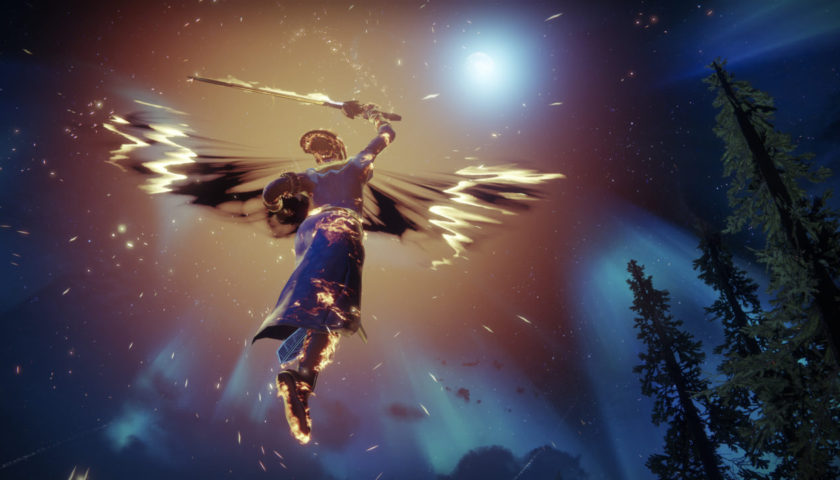 Since writing about games I have formed a habit of downloading and trying every damn code that gets sent out by publishers. As a result a lot of my allocated gaming time is spent exploring new titles and becoming well versed in every AAA blockbuster and every arty indie game. Unfortunately, that doesn’t leave me much time to dedicate to games that play the long grind, over the last year my go to filler title has been Overwatch, that may be set to change with Destiny 2.

I managed to get two years of gameplay out of the first entry in the Destiny universe, I love playing socially with friends and working towards a team objective. Alas, those were different times, without having a kid no less. Time is now a major commodity and I just can’t spend a day or two farming a loot cave or smashing my face up against a raid boss, at least not without the house falling apart and child services rocking up.

I instantly drew parallels to the opening of Destiny 2, your original guardian is not quite what they use to be, life events have placed restrictions on what you initially have access to. When you step back into space boots your Light is gone and with it, your powers and immortality. Pushing forward you begin to build yourself up again and to draw real life comparison I have been putting aside more time to explore this vast world and gearing up my guardian. This world Bungie have created means a great deal to me and I am feeling more like myself the more I spend here, there is so much to do that I can and have lost track of time and found myself wondering why I was so tired only to notice that it’s 2 AM and I just didn’t notice the passage of time.

When you first boot up the game you are greeted with a nice little presentation that details your exploits in the first game along with the people you completed it with. I was quickly reminded of the good times I had with my friends and then realised due to their single status and wealth of time I am going to have to work twice as hard to keep up with them this time around. I am determined though, I am almost ready for the first raid dropping later this week.

As the guardians fighting for their Light back, I find myself fighting through my daily routine to open up more time to grind gear and take part in these special adventures with my friends and colleges, this game is huge and I want to be part of the phenomenon regardless of life commitments and deadlines. I have found the time like my guardian has found his Light and I know we can take on whatever adventure awaits us because:

I get knocked down, but I get up again, you’re never gonna keep me down!