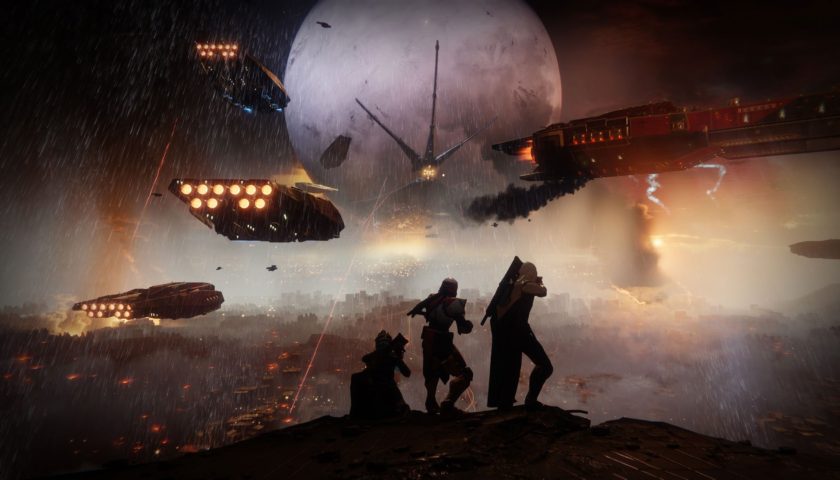 The original Destiny was rightly criticised for its many flaws; the story was lacklustre, bordering on non-existent, the barrier of entry to raids was too great leading to half of the games players to never attempt one, competitive multiplayer was shallow and the options to you whilst on each planet were extremely limited – there were a lot of improvements to be made. Thanks to DLC expansions in the form of House of Wolves, The Dark Below, The Taken King and Rise of Iron a small handful of existing problems were resolved, but with the recent release of Destiny 2, Bungie has had the opportunity to hit refresh on the franchise.

In Destiny 2, Bungie has taken full advantage of this newest release to change, replace and refine the host of flaws that were contained in the first game. As of the time of writing, I last night completed the campaign and was so impressed by the present and intriguing narrative thread that added weight to my actions. The Cabal, a race I had previously scoffed at, was suddenly a real and immediate threat courtesy of their occupation of the Tower and subsequent dominance of both the Traveller and Speaker. Detached from the light, and without a place to call home, the result of the Cabal attack left me scrambling and with a potential threat around every corner, my usually happy-go-lucky approach was suddenly slower and more methodical. I was peeking around every corner and was more concerned about my well-being than ever before. While it wasn’t much longer before I regained my light, these early chapters were really impressive and were a perfect foil for the fast action that resumed a couple hours into the game.

During a dedicated Destiny 2 related stream several months ago, Bungie revealed that approximately 50% of Destiny players never participated in a raid – I was one of those people. Raids, unlike the far more accessible Strikes, had a steep level requirement that necessitated a large amount of grinding, repeating patrols and strikes consistently in the hopes of getting new, impressive loot to build your light level. Only when you had the pre-requisite light level could you participate in the raid, and even then, without someone who has experience in the raid, then chances were that you would be having a rough time of it. While the raids themselves are mere days from unlocking, I already feel as though I’m ready to tackle anything they throw at me – a feeling I certainly hadn’t experienced whilst playing the original game.

There’s also much more to do in the world itself; adventures provide more depth to the narrative, but rarely feel repetitive, the patrols are back and provide you with some simple activities to keep the light level ticking along while the public events are frantic co-op experiences that will consistently test your mettle. For all the lessons that Bungie had learned from the original game, there’ve also been some mistakes made, the most discussed of all those has of course been the hotly discussed Shader debate. Many fans have rightly expressed their concerns over the consumable nature of shaders, and while I personally am not at all phased by this, I understand the worries of fans that they may need to pray to the RNG gods to get the shaders they want to outfit themselves in the style they wish. Of course, get new gear however and the investment is for naught as the shader disappears along with the gear. I was also not particularly enthralled by the lack of new races introduced to the game; the Hive is still creepy, the Vex are always a handful, the Cabal and the Fallen can overwhelm due to the immense numbers and the Taken come along and throw an almighty spanner in the works. It was disappointing that there weren’t new species introduced to differentiate the combat from the original Destiny because while refined to a fine sheen, fails to feel very fresh or new given how similar it is to the original game.

In the months leading toward release, many have branded Destiny 2 as more of a Destiny 1.5, and with the few new additions to the game, it’s easy to see why, and of agree with those people. That all said, Bungie has learned a great deal from both the successes and shortcomings of 2014’s Destiny and, despite the sequel staying true to the letter, it remains a significant improvement over the original and a mainstay on my PS4 in the days since its release. The game isn’t without its flaws, some of which may be soon addressed in patches or potentially via later expansions, but the Destiny 2 package is overall a massive improvement over the original game. Should Bungie continue to provide a steady trickle of content for all players regardless of their level, then expect Destiny 2 to remain at the forefront of many conversations for months and years to come