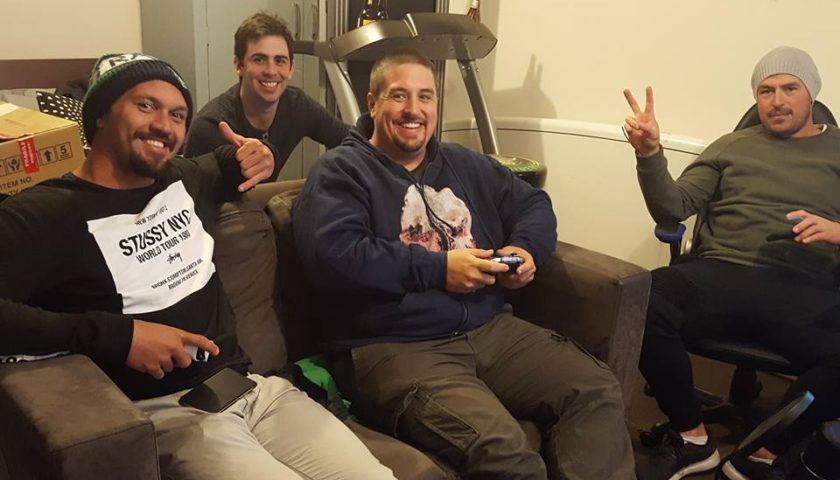 The Meaning Behind the Marathon

“Why do you do this?” I hear my wife ask me as I rush about, stressing about the upcoming charity marathon. She notices my stress, my anxiety about the event’s success and the concern that unexpected problems may crop up. She knows I am not sleeping and is rightfully worried about my state of mind. This concern forced me to take a look at the whole event, to determine whether the strain I place myself under is an acceptable cost to help out a charity, with what, in the grand scheme of things, is a rather small amount of money.  I am not getting paid, it doesn’t really do anything for Player 2 apart from generating some goodwill and frankly with a full-time job, two kids and running a gaming site that is trying to compete with the big boys, my time is stretched as it is. So why do I do it?

I’ll start off with the easy reason. Terry. For those that don’t know, Terry Campese was a first-grade rugby league player for the Canberra Raiders. He played for both NSW and Australia and for a period was considered one of the best players in the game. He also happens to be a family friend. Sadly though, Injury shortened his career, with major knee operations keeping him out of successive seasons of football. As I am sure any young sportsperson will tell you, missing entire seasons of your passion is a thought that would drive many into depression, but for Terry, it sent him down another path. He used that time to start The Terry Campese foundation, a foundation that would help those in his community that had drawn the short straw in life. Broken families, illness, poverty and unemployment were to be the foundation’s focus, all things Terry could see around him. This became his passion and within a few short years, the foundation has helped hundreds of people. Every single cent of money raised goes to those that need it, something that Terry is very proud of and frankly not many charities can make that same claim.

I have watched as Terry poured himself into this undertaking and even now, as his celebrity has begun to fade thanks to retirement (the curse of sportsmen the world over I would say) his efforts in this area haven’t stalled. So if a man like Terry, a man who had his passion taken away from him, can turn that disappointment into something like the TCF then surely, a man like me, who to be fair has it pretty good, can do something to help. It is hard to hang around Terry for any period of time and not be inspired to help, he speaks of his efforts with such passion and there is always a smile on his face when he talks of the next big project the TCF are undertaking. This enthusiasm has rubbed off on me, what could I, a nobody with a small gaming website, do to help? The P2 Charity Marathon is the answer to that question.

The second reason is games themselves. Video games are my passion and they have been for as long as I can remember. But in my, longer than I care to admit, video gaming history, the moments that stick out are ones with friends, the ones enjoyed with communities. From my time in Chile using video games as a universal language to staying up all night with friends playing NBA Jam on a Mega Drive, all of my most treasured memories are with people playing together. That is, for me, what makes gaming so great. In my mind, gaming with others is the best this hobby can get. It is my hope that the P2 Charity Marathon will highlight that. It will hopefully remind people of why we like games to begin with, to be inclusive, to share virtual experiences and most of all, to have a great deal of fun.

It is far to easy to see the bad things that surround gaming at the moment. Fortnite is a regular on tabloid TV, Gamergaters are still about, harassing women and the Queer community and Youtubers are spreading messages of racism and hate to millions of viewers every day. It is depressing, disheartening and discouraging to see a hobby, born out of the desire to have fun with friends, turn into something that is used by hateful souls everywhere to attack and marginalise others. So maybe, just maybe an event like the P2 marathon can be a shining light in the very loud chorus of hate. Perhaps it can show people that aren’t involved in gaming that most of us are good, caring people and that the hateful few are the true minority. Is there any chance a mainstream media outlet will pick up an event like this? No, because it doesn’t fit their perception and long-held stereotypes of gamers, but that isn’t a reason to stop. In fact, that is a reason to keep going, keep showing that there is good to be had in the games community.

So with the Player 2 Charity Marathon, I hope to show anyone that is willing to watch that games were always about, and should always be about, having fun with others. The fact I can support a foundation like Terry’s makes it extra special. It also shows that no matter who you are, no matter what you do to live, thrive and survive (yes I am quoting The Blues Brothers) there is always something you can do to help those that need it. All it takes is hard work, a whole bunch of stress and a wonderful community who are willing to come along for the ride.

So to all my friends, family, readers and most of all, to myself, these are the reasons why I do this. The price I pay is a small one for such an amazing outcome. I hope you agree and can join us for some fun on the night.