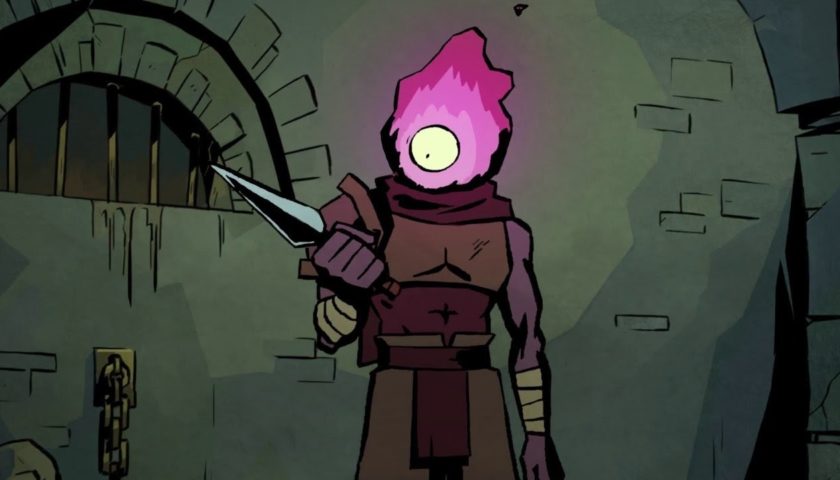 It is that time of year, time to pick those titles that deserve special mention. It is time to highlight those games that grabbed us, disappointed us and surprised us. Welcome to the Player 2 End of Year Awards. Now it is time for our favourite indies of the year.

I picked up The Messenger purely based on positive word of mouth from the Kinda Funny Gamescast and a few cursory internet searches – I didn’t want to dig too deep due to insinuations the game had a few tricks up its sleeve that were best not spoiled. With a recent win at The Game Awards, it’s fair to say I’m not the only one that thinks The Messenger is a top-tier game that is a blast to play. Using a similar formula to that of the sublime Shovel Knight, The Messenger combines retro tropes and aesthetics with humour and some clever narrative twists to deliver what I think is one of the best indie games and IP of 2018.

Honestly, this is the best rogue-like has ever been (though Hades is getting close). The cycle of death-loot-improvement-death has never been so addictive, so polished, so perfectly balanced. Every single time I play Dead Cells I get that little bit better, that little bit further through the game. Every item, boss, level feels tantalisingly within reach, so when you fail it isn’t frustration you feel but determination. Sublime platforming and stunning art only further this game’s case to be included with the Indie elite. Dead Cells is simply best in class, bar none.

Who would’ve thought that a VR adventure about a little mouse would be one of my highlights of 2018, but that is exactly what Moss VR is. The first act in a three-part series is the proof in the pudding that Virtual Reality is an endeavour worth pursuing, with simple platforming and light puzzles, merging with superb storytelling and smart use of the VR platform to produce one of the more transformative experiences in gaming this year. Now Polyarc, if you can get Quill’s second chapter out the door ASAP I would be truly appreciative!

Though this game scared the absolute bejesus out of me and gave me nightmares and heart palpitations, Infliction has to be my pick for this genre. Admittedly I didn’t play a lot of indie games this year but this one stood out. The world and atmosphere they created alongside a story that you actually care about really keeps you invested. This is horror that digs into your soul and makes a home there, simply because the core of the terror- a family in turmoil- is so relatable. I’m not saying we can all relate to a creepy ghost following us around and haunting us… but have you looked behind you lately?

I adore Full Metal Furies. This shouldn’t come as any surprise considering how much I love Cellar Door Games’ Rogue Legacy and how it helped during a rough patch of my life. Playing as a side-scrolling beat-em-up with RPG elements, Full Metal Furies is a wonderful genre mash-up filled with quirky characters, witty writing, and immensely clever fourth-wall breaking puzzles.

Most impressively, Full Metal Furies is co-op up to four players, but I played roughly 90% of the game solo and had a ripping time. Many multiplayer co-op games rely heavily on a full suite of players for maximum enjoyment, but Full Metal Furies’ depth of character and encounter variety makes for an equally great single-player experience.

Unfortunately, Full Metal Furies hasn’t sold as well as the devs would have liked. A heartbreaking Destructoid interview outlines several reasons why Cellar Door Games believe their game fell short of their commercial expectations, including significant online networking delays, and deciding to keep some Nier Automata-like content secret. I assume their fortunes have since improved, having released both Rogue Legacy and Full Metal Furies on the Nintendo Switch in the past month.

Regardless, Full Metal Furies is an incredible indie title and being the Cellar Door Games evangelist I am, I encourage you to play it as soon as you can.

I barely finished reading the title of this category when I immediately blurted out DEAD CELLS to no one in particular. I’m almost sad to choose such a big indie title but when I think about how this game made me not hate doing the exact same thing for hundreds of hours there can’t be any other choice. The smooth action of Dead Cells and the ability to just pick it up and play it on the Switch for short bouts whenever I wanted made it easily my most played game this year. I still haven’t beaten the end boss and I don’t even care. I’ll happily pick it up for just one more run to unlock more weapons and abilities.