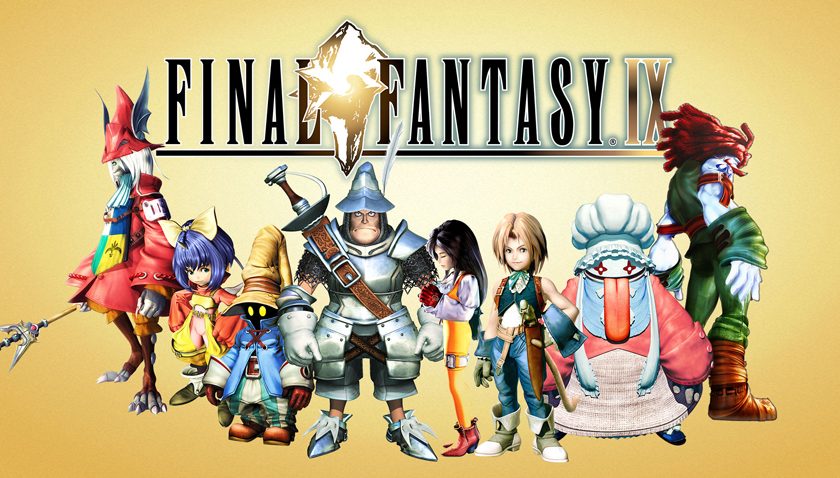 Despite a certain other member of the Player2 team scoffing at the notion, Final Fantasy IX has never been my favourite entry in the series. First released in Australia a mere three months after the launch of the PlayStation 2, it already looked dated and the shift in visual style didn’t gel with the Final Fantasy VIII apologist in me. Had I any 16-bit history with the series, I might have recognised Final Fantasy IX for the throwback it was, but I didn’t play my first JRPG until the PlayStation era – no prizes for guessing what it was. In 2003, I eventually paid $50 for a Platinum version of Final Fantasy IX for the sake of completing my collection and recall feeling like I’d spent too much at the time. In retrospect, 2003 was probably a bit late to be playing the game as the graphics of more modern titles like Kingdom Hearts and Final Fantasy X had left me spellbound.

I’ve grown and matured considerably in the ensuing 15 years and have reached a point where I can’t deny that Final Fantasy IX rightly deserves its place amongst the best JRPGs of all time. Whilst the fact that I simply care less about graphics as much as I did at 16 has encouraged this shift in thinking, years of further experience in the genre has also given me a much greater appreciation of what Square were aiming to do, producing what many consider to be the last truly ‘classic’ Final Fantasy in every sense of the word. Rather than railing against what I once saw as childish visuals compared to the angsty pseudo-realism of my beloved FFVIII, I have to admit that in 2019 it is FFIX that stands as the best looking PS1 era title in the series, both in terms of graphics and art style.

Whilst I’ve dabbled with console rereleases and emulators in the past, it’s become clear to me that handheld platforms are the perfect place for JRPG classics from my teen years – those like myself who played them on release now often have little time to spend in front of a console or PC indulging nostalgia, while the portable aspect makes them much easier for commutes or late-night sessions before nodding off to sleep. The handheld presentation also helps considerably to offset how much the 32-bit generation has suffered graphically in the years since, ageing poorly compared to the sprite artwork of the SNES and its competitors. While it may not stand the test of time on a 4K screen, Final Fantasy IX looks very good for its age on the Switch.

The updated character models are gorgeous and viewed up-close reveal a hand-painted impressionistic look. Sadly, the lack of an update for the backgrounds means they stick out like a sore thumb in dire need of a similar visual refresh, especially given the stark contrast of the new models against the washed out, low-resolution area art. Experiments on the PC platform have shown how this could be remedied efficiently using AI neural networks with great results and is something that I wish Square had considered for this release. On the bright side, the still impressive FMV sequences hold up extremely well thanks to the resolution bump they receive on the Switch screen compared to the highly compressed 240p PS1 versions – a side-by-side comparison between the two I conducted saw the Switch leave the PS1 in the dust.

A feature which I greatly appreciate is the optional ‘cheats’, which all of the updated Final Fantasy releases have featured thus far. JRPGs are often accused of failing to respect the players’ time and early examples of the genre are especially egregious. Having been spoiled by titles featuring enemies appearing on screen, it can be jarring to go back to random battles which also have the side effect of throwing the pacing out the window if the encounter rate is tuned too highly. Being able to turn encounters off for a particularly engaging story section or speed the action up if I do feel like ‘grinding’ are options I wouldn’t want to go without. If it means the difference between finishing a playthrough or giving up part way, I’d encourage anyone to give these features a whirl.

Before wrapping up, there are a few issues that I honestly hope Square will consider remedying in a patch down the line. Firstly, the right analog stick cannot be used on World Map to rotate the camera which seems to be a holdover from the mobile port upon which this version of FFIX is based. Instead, the D-Pad must be used which isn’t the most ergonomic design on the Switch. Another problem which will infuriate fans of the Overworld Theme is the fact that it restarts from the beginning after a random encounter rather than continue from where it was. Finally, there are some fairly long loading times to get into a battle which can become extremely annoying when exploring the world map. I’d recommend selecting the option to turn Battle Intro off to reduce this somewhat, but it doesn’t solve the problem completely and is most likely a holdover from the CD-based loading of the original game.

Despite a few niggles here and there, Final Fantasy IX remains one of the finest examples of the JRPG genre from the 32-bit era and nearly two decades passing has done little to diminish its power. The Switch is without a doubt the best place for newcomers to experience FFIX, especially as they aren’t likely to feel disappointed by issues that were absent from the original release. Similarly, there is enough quality of life improvements to warrant a replay for those looking to relive fond memories of yesteryear while juggling the responsibilities of today.