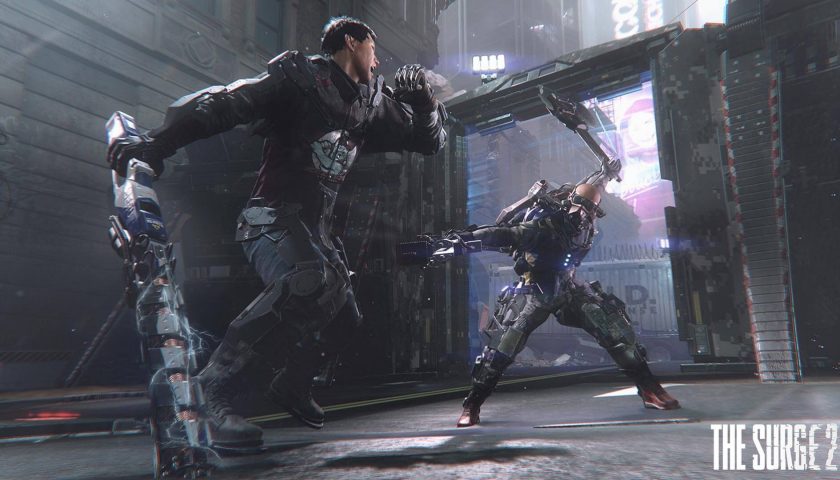 The Surge 2 Chainsaws its Way to E3

The original Surge was a solid, futuristic take on the Soulsborne formula. While it isn’t remembered as fondly as the games it imitates, it does have a large group of fans that prefer the sci/fi setting that the game offered. Well, The Surge 2 is getting close to development and thanks to E3 I am pretty sure those fans are going to be super excited about what the second game has to offer.

The story will once again be an import part of the game. Here is what’s happening according to the PR folks.

Inside the high walls of Jericho city, trapped in a technological apocalypse that threatens to consume everyone within, our hero fights to survive and uncover the truth of the disaster. Cult members hopped up on drugs, nanomachines, looters and security forces will try to stop you wherever you go while a mysterious girl leads you to parts unknown.

This plays out on a backdrop of a world on the brink of simultaneous total collapse and technological ascendency. Self-evolving nanobeasts crush buildings with swipes of their massive claws while the downtrodden, infatuated with machines through malfunctioning implants and rising religion, roam the streets in packs. The rich and wealthy exist above it all, while hunters try to capture their valuable nano-prey and what remains of the military maintains a flimsy order.

Honestly, if any game could get me into this sort of game it is The Surge 2. I find the setting much more appealing and I was enjoying what little I played of the original game (until I got the shits with it). So I am cautiously keeping an eye on this to see if it can tempt me back in. Regardless it looks like it will certainly take the solid foundation of the original and improve on it for fans.