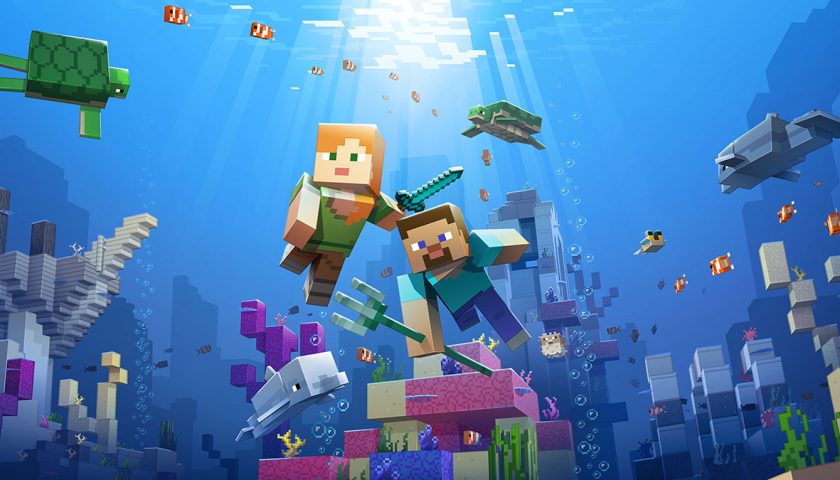 Navigating life as a gaming parent is tough, so our Editor Matt decided to take on the challenge of writing about it in a long-form format. Welcome to the first part of this epic work from Matt, we hope you enjoy it and you can expect new parts every two weeks. It is also worth noting that Matt wrote this with people that may not understand video games in mind, so feel free to share with your friends and family that are a little lost in this era of gaming and tech. You can catch up on the previous chapter here:

My Kids Stole My Controller: Chapter 5 – Fighting the Trends

Gaming, much like many activities enjoyed by school-aged children, is subject to trends. One week, the biggest game in the schoolyard dominates all discussion among kids; the next it is on the out: replaced by another, even bigger title that is the new focus of your child’s attention. It’s hard to keep up, and unless you are scanning gaming news sites daily, you will probably be left behind in the conversation. As I’ve said in previous chapters: if there are any games that you are worried about, do a bit of research on YouTube and put your mind at ease. Note, however, that this cycle is normal.

That being said, every so often one game rises to the top and becomes a schoolyard obsession, outlasting the usual popularity path and working its way into gaming infamy. These games become so big that they often become a (often misunderstood) target for mainstream media, resulting in poorly-researched, fear-mongering tabloid journalism. The impact of these games cannot be escaped. Even if you have never ventured into the world of gaming, you have very likely at least heard of these titles. The two most current examples are Fortnite and Minecraft, games that have become just as much a part of modern pop culture as Darth Vader and Jurassic Park. My own kids got caught up in both of these titles, and both games enjoyed time as the sole (or at least dominating) tenant in their thought spaces. I can only imagine how worrying this must be for a parent who isn’t versed in gaming.

For those that don’t know Minecraft, rest assured that it is not an inherently violent game. In fact, it actively encourages creative thinking, problem-solving and basic management skills as a part of its core gameplay loop. Minecraft has been so successful in developing these skills that many schools adopted it as a part of their education programs. The biggest problem for kids that this game has is that it can be all-consuming of their thoughts and feelings. Any parent of a Minecraft-kid will know what I mean. Every conversation, every chat is linked back to what they did or what they are doing in the block-based game. Many conversations in my house have gone along the following lines: “Hey, dad! Guess what happened in Minecraft?”

“So, dad… can you guess what I did in Minecraft?”

Sleep, eat, talk about Minecraft, repeat. This became the focus of my kids, despite my limiting their time playing games. As far as obsessions go, it is a rather healthy one (in moderation), but I was reaching a point where, should I hear about diamond axes, creepers and housebuilding one more time, I was going to scream.

Fortnite is a little bit of a different story, however. This comes from the fact it is, at its core, a game based around violence and competitive behaviour. This isn’t a bad thing, it just creates some scenarios that are less than desirable. The first factor is the online interactions that are core to the game. Online gaming can be problematic (and I will cover it in detail later), and there are a host of, shall we say, less than polite people out there that play games. Interacting with these people can swiftly lead to the expansion of a child’s vocabulary in ways that aren’t likely to make you happy. Add to this the competitive nature of the game and things can get heated for both other players and your own child. My youngest son is a little prone to getting a tad too involved with a game of Fortnite, and on more than one occasion I have had to take him off the game. It is just in many kids’ makeup to be competitive, and this extends to games like Fortnight as easily as anything else.

The second problem that is worth considering is that Fortnite is, at its very core, based on killing opposition players. Granted, its violence is of the somewhat comical cartoon variety, but it is violence all the same. How you approach this will depend on your own personal feelings. I can’t tell you what is right or wrong here, but I will say this: violence in media is unavoidable, so my approach has always been one of openness with my kids. Talking to them, helping them to understand what is appropriate and what isn’t has been key to how I deal with the issue.

What I do want to point out, however, is that even a game like Fortnite – a game that has been blasted by dodgy journos, clueless parenting groups and out-of-touch politicians – can lead our children to great things. One example occurred on a quiet Sunday. My kids promptly informed me that they had to visit the farm; their Nan and Pop’s house at the time. They wouldn’t tell me why, they just assured me it was essential that they visited. After I agreed, they proceeded to load my truck with every nerf gun, water pistol and fake sword in the house. Chests full of these items filled up the tray in my Triton, ready for a 20-minute journey for god-knows-what reason. Once they felt they were sufficiently prepared, we jumped in and headed to the farm for an as-yet-unknown battle for the ages.

When we arrived, the kids barely found time to say hello to their grandparents before they started issuing me instructions. I was told in no uncertain terms to hide the guns, chests and weapons that they had brought with us all around the farm while they waited inside. Once I had finished said task, I was given one more thing to do: I dropped the (blindfolded) kids off at random, separate locations on the farm using the trusty four-wheeler. This signalled the start of what I had correctly guessed as a real-life game of Fortnite. Prior to our arrival at the farm, the boys had worked out the rules, what each weapon did and how interactions were to occur. It was honestly a thing of beauty. The family sat back and watched as these two boys had the time of their lives, recreating a video game in the paddocks and trees that littered the family farm.

Reflecting on this after the fact, I realised exactly how much effort, how much thinking went into this afternoon of fun. It amazes me still that two kids could create a workable, real-life version of their favourite video game. It makes me shudder each and every time I hear some trashy report on morning TV, rabbiting on about how games are dulling our children’s minds, when I have seen first hand that this is clearly not the case. I have since seen this scenario played out multiple times with multiple different games. The indie hit Hello Neighbour, Microsoft’s big system-seller Halo and even Super Mario have had their virtual experiences transformed into real-world ones thanks to the power of my kids’ respective imaginations.

As you can see, this power could be used with just about any video game. The potential for imaginative play in children is something that never ceases to amaze me. Just watching kids conjure play out of simple ideas is a thing of wonder and video games can provide those ideas just as easily, if not more so, than any other form of media. I am no behavioural psychologist, but I do feel like the interaction of video games leads to expanded play a little more naturally than something like TV can facilitate. After all, the child is already playing, so it is a much smaller step in taking that play into real life. And when they do, it is a wonder to behold.